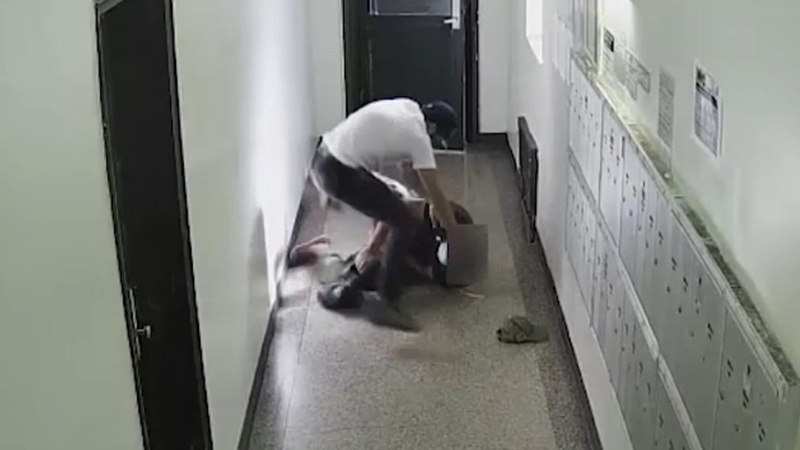 BRONX, New York (WABC) -- The victim of a disturbing scene caught on camera in the Bronx speaks out following the attack.

The assault was sudden and violent, when a 64-year-old man was wrestled to the ground and dragged down a hallway.

The victim was pulled by the gold chain that his attacker was trying to steal.

Andres Pichardo says his attacker surprised him and he couldn't react.

He says he's still nursing a sore knee and the bruising to his neck includes marks created by the links of the chain.

The victim says his back and mouth hurt and his neck was raw.

Pichardo eventually went to the hospital to be checked out.

The attack happened around 5:30 p.m. last Thursday on University Avenue.

Pichardo had just opened a vestibule door when he was jumped.

He hadn't seen the surveillance video released by police as the NYPD appeals to the public for assistance. nicholas pichardo is the victim's cousin.

"It's terrible, I don't believe it," the victim's cousin Nicholas Pichardo said.

Police have also released images of the man they are looking for.

On Friday afternoon, Pichardo hobbled out of the 46th precinct where he met with detectives and was able to pick out his attacker's mug shot.

Though it seems police know who they are looking for, they are still asking anyone with information to contact crime stoppers.