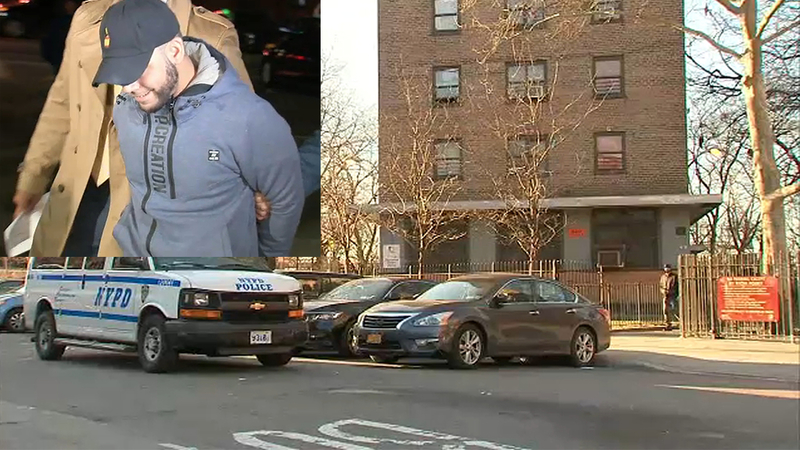 BRONX (WABC) -- A Bronx father has been charged in connection with the death of his 1-month-old son.

Police say 24-year-old Christian Rodriguez faces multiple charges, including reckless assault that resulted in a brain injury and assaulting a child under the age of seven.

First responders were called to an apartment in the Mill Brook Houses around midnight Monday and took 1-month-old Aiden Rodriguez to the hospital with severe injuries to his head.

Both parents were initially questioned, but the boy's 22-year-old mother was released.

The father reportedly told police the head injury came from Aiden accidentally hitting a wall while in his care, but authorities say that when pressed, he admitted to throwing the 38-day old infant to the floor out of frustration.

Rodriguez, who police say has four other children with the mother, has a prior arrest for felony assault of another one of his children believed to be from a previous relationship.

Aiden's 5-year-old brother has been removed from the household by ACS, which has no prior interaction with the family, and placed with his grandmother.

"Our top priority is protecting the safety and well-being of all children in New York City. We are investigating this case and we have taken action to secure the safety of the other child in this home."

Neighbors say Rodriguez was a doting father who took good care of his son. They were shocked to hear about the boy's death.