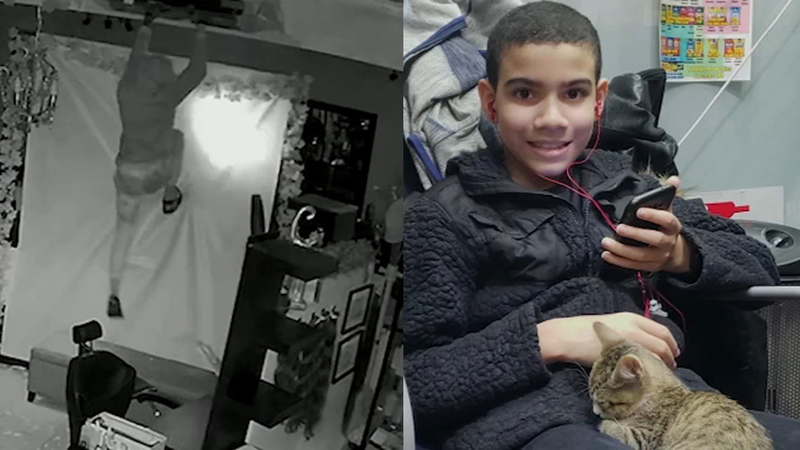 KINGSBRIDGE, The Bronx (WABC) -- Police are searching for four masked men armed with a sledgehammer who ransacked several businesses in the Bronx. One of those was Ismael Gourmet Deli, a bodega that went viral after the beloved cat of the owners' son was stolen.

In an overnight crime spree, three small businesses in a Kingsbridge shopping strip on W 238th Street were burglarized and ransacked.

The burglars reportedly cut through a hole in the roof of one business and busted through walls to get to adjacent stores.

At one beauty salon, the damage was extensive, and employees said clean up took a week. The burglars also left the salons sinks running.

The owners of Ismael Gourmet Deli already faced hardship when Luna the bodega cat was stolen in February. The owners' 10-year-old son has autism and shares a special bond with the cat. Thankfully, she was returned the next day.

But this time, the loss was too much to bear, and the owners will be shutting down the business next week.