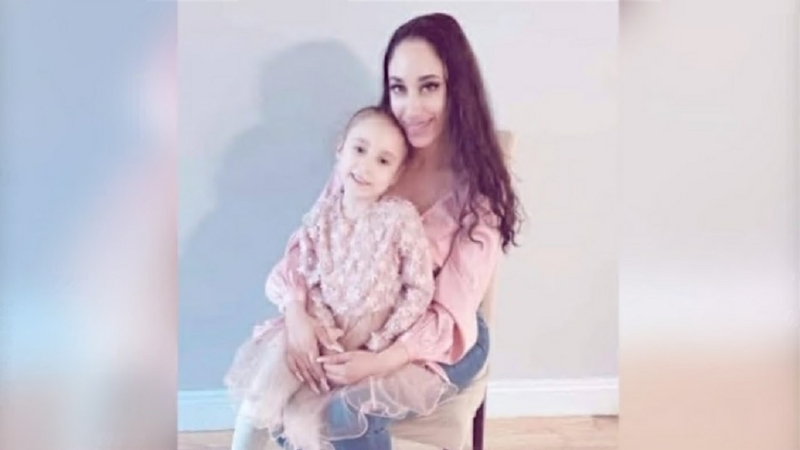 EDENWALD, The Bronx (WABC) -- Police discovered a mother and her six-year-old daughter dead in the Bronx. They were stabbed several times in their Monticello Ave. home.

Sources tell Eyewitness News that the suspect behind the death of Gabrielle Muniz, 26, and Rozara Estevez, 6, is Muniz's boyfriend.

"I just had an idea my baby was going to end up dead. I feel like I'm just in shock -- keeping it pretty much together," said Muniz's mother, Yanik Rocha.

Police came to the ground floor apartment just before midnight on Saturday evening for a wellness check, and made a gruesome discovery. One investigators said it was the worst thing he has ever seen.

Sources say the young girl was found dead in her bed, under the covers and stabbed in her head. Muniz was also dead inside the home, where three knives were located.

"The girl had so much promise, my daughter was an amazing mom, she was a single mother, doing it all by herself -- going to school, studying medicine, pharmacology," added Rocha.

Sources tell Eyewitness News that security cameras at the crime scene show Caleb Duberry leaving the home. Muniz' mother says Duberry was dating her daughter, but was not the child's father.

Roughly 12 hours after the murders, police got a call of a man involved in a homicide who was barricaded inside an 8th floor apartment in a nearby building. Sources say that man was Duberry, who ended up taking his own life.

"Of course she was afraid, so when they knocked on her door, everything was supposedly fine," he said.

He added that Duberry did not like Muniz's career goals and even became violent.

"She told me he used to beat her up. He broke her laptop because he was jealous of her profession," he added.

Police charged a couple in the Bronx with murdering their roommate after he complained they were making too much noise.