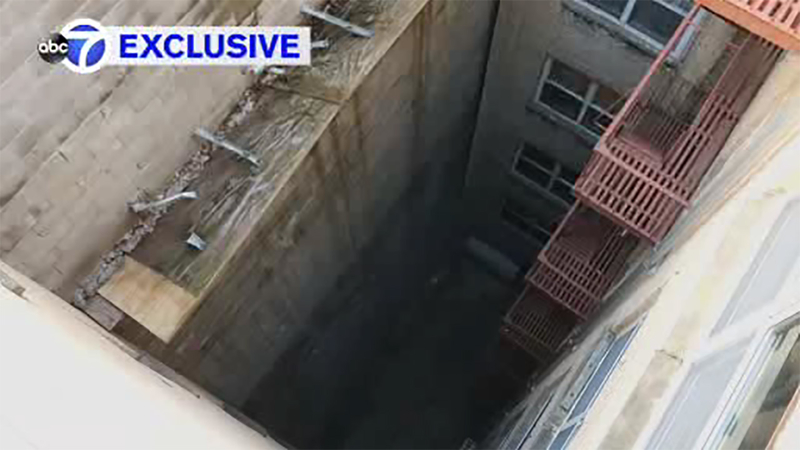 BRONX, New York (WABC) -- For the second time in a year, construction on a building in the Bronx has been shut down after 7 On Your Side Investigates started asking questions about unsafe conditions.