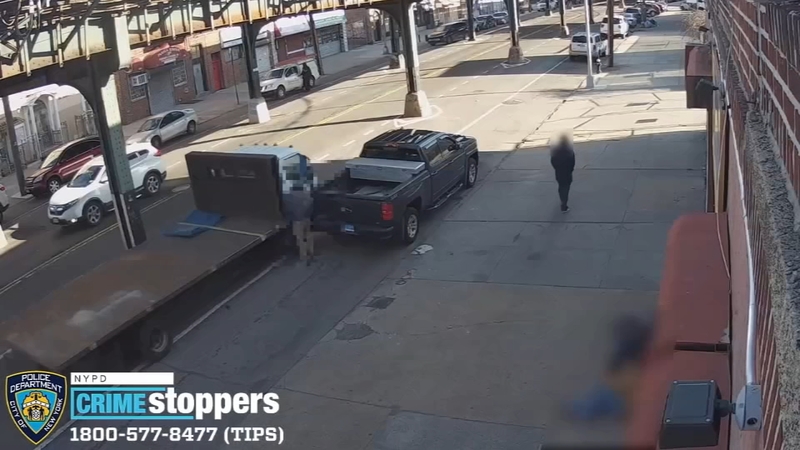 WAKEFIELD, Bronx (WABC) -- The NYPD is looking for the suspect who struck a person in a stolen truck then took off from the scene in the Bronx.

Surveillance video captured the incident that unfolded Friday around 8:15 a.m. in the Wakefield section.

Then just minutes later, the suspect was caught on camera hitting a 49-year-old man who was standing next to his Chevy Silverado pickup truck.

The victim, from Connecticut, suffered severe body trauma and broken bones. He was taken NYC Health + Hospitals/Jacobi, where he is in critical but stable condition.

Meanwhile, the person behind the wheel of the flatbed kept going.

Police then found the vehicle around 4:15 p.m. after it collided with pole near East 235th Street but the driver had already taken off.


Anyone with information in regard to this incident is asked to call the NYPD's Crime Stoppers Hotline at 1-800-577-TIPS (8477) or for Spanish, 1-888-57-PISTA (74782). The public can also submit their tips by logging onto the Crime Stoppers website at WWW.NYPDCRIMESTOPPERS.COM, or on Twitter @NYPDTips.