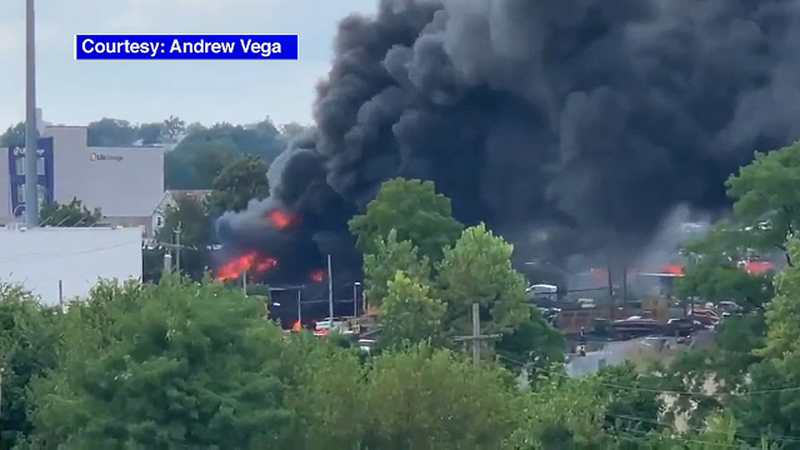 EASTCHESTER, Bronx (WABC) -- One worker is dead and another is in a medically induced coma after an explosion rocked a junkyard in the Bronx and sparked a massive fire.

The explosion happened Wednesday afternoon at the junkyard on Boston Road in Eastchester.

Large plumes of smoke could be seen for miles.

Workers say they were knocked off their feet and one of their co-workers came running out on fire.

A worker who was initially reported as missing after the blaze was later found dead on Thursday. His identity has not yet been released.

"It was bad, it was bad. Just black smoke everywhere, it was bad," said Monica Gonzalez, the cousin of the man in the coma. She said he is the father of a newborn.

The cause of the explosion is under investigation.