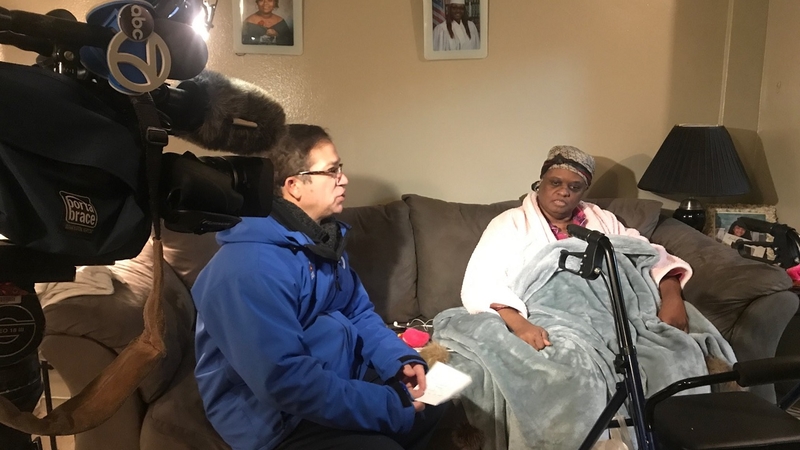 SOUNDVIEW, Bronx (WABC) -- Hundreds of NYCHA residents have been shivering in the cold as crews work to restore heat in at least two buildings in the Bronx.

Residents say one building has been without heat since Christmas. Many are using electric heaters and stoves just to stay warm.

Renee Abdean, 52, sat bundled up on the 7th floor of her Bronx apartment building.

"We use the oven for heat. I have a portable heater in my bedroom which I am afraid of because I am legally blind. I am, afraid I might bump into it or burn myself.

Abdean is still recovering from surgery just two months ago. She is one of the several tenants Eyewitness News talked to at the Justice Sonia Sotomayor Houses in Soundview, where the heat stopped working right around Christmas. That is when tenants fired up ovens, stovetops and space heaters.

Not exactly a happy new year for some people in the Bronx. No heat - for several days. That's when the stovetop does more than just cook. EWN at 11. pic.twitter.com/th2RNPUoNB

"It's only warm in here now because the oven is on. Once you walk her you already feel the coldness, and as you walk to the back, it's even colder," says Christine Darmiento.

Each and every person says they called NYCHA to complain - some even documented the date and time of the call. They all said they got the same response.

"The recording thing come on: 'leave your name and number and get a ticket at the end of the call.' That's it," says Bronx resident Linda Hardy.

Darmiento adds that she has put in tickets as well.

"They keep closing them out, telling me that it has been restored," she says.