2 dead in Bronx after car crashes through guardrail 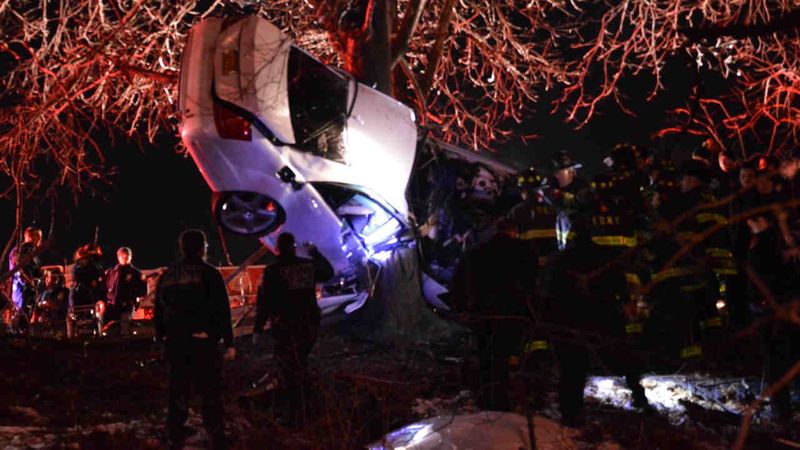 WOODLAWN, Bronx (WABC) -- Two men were killed Friday morning when their car careened off the Bronx River Parkway and crashed into a tree.

The 2009 Mercedes sedan left the northbound roadway, went through the right-lane guardrail and hit a tree just north of the East 233rd Street exit around 12:20 a.m.

Dayan Hunter, 47, of the Bronx, was identified as the driver, and Dave Hunter, 44, of Yonkers, was his passenger. They were pronounced dead at the scene.

Speed was believed to be a factor, but the cause of the crash remains under investigation.