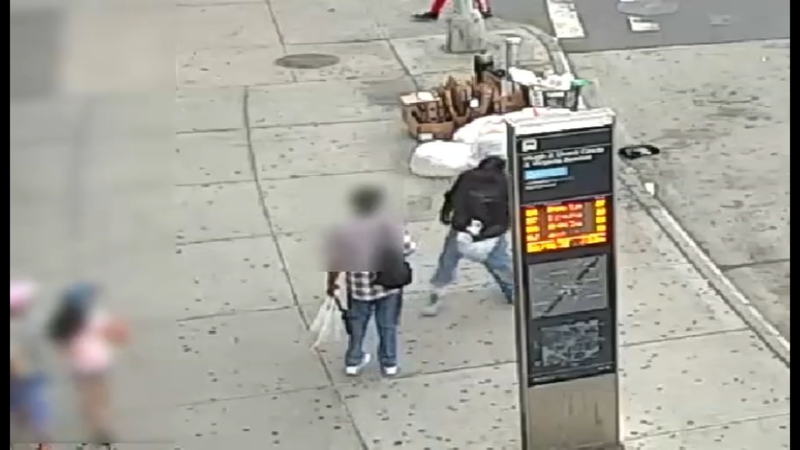 PARKCHESTER, Bronx (WABC) -- Police released new video of a horrific attack in the Bronx where a man was attacked on the street and repeatedly punched.

The attack happened last Saturday, right along Hugh Grant Circle near Metropolitan Avenue, in the Parkchester section just before 8 p.m.

The video shows the suspect talking with the victim, whose face is blurred.

Police say seconds earlier, the suspect took the victim's keys that were attached to his bag.

The 65-year-victim tried to get his keys back, and that is when the suspect attacked the victim, punching him several times.

He was beaten until he was unconscious. The attack was so brutal, he is still in the hospital almost a week later.