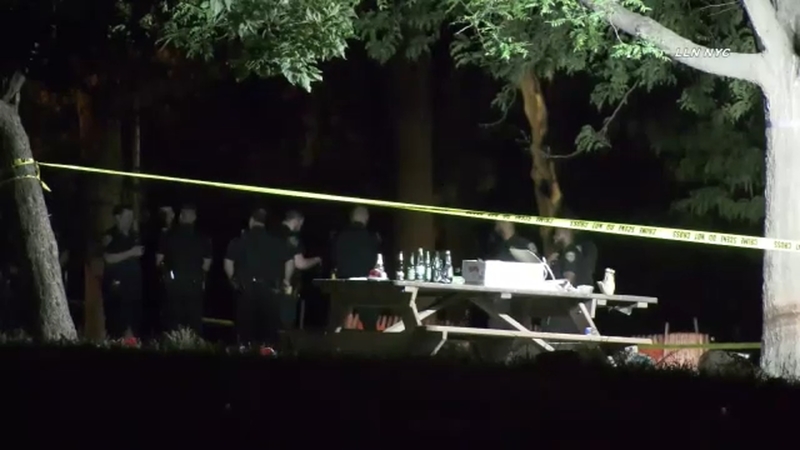 CLAREMONT, The Bronx (WABC) -- A man was killed and an 11-year-old was among the three other people who were injured when a gunman opened fire on a barbecue at a park in the Bronx Saturday.

Police said about 200 people were at the barbecue in Claremont Park around 11:15 p.m. when a fight broke out among some of the attendees.

Someone involved pulled out a gun and fired into the crowd sending people running for their lives.

A 22-year-old man who was shot in the torso later died at Lincoln Hospital.

Also amid the chaos, an 11-year-old boy was shot in the shoulder and a 24-year-old woman and another man were also wounded.

After the shooting, distraught loved ones showed up to the hospital and police had to guard the emergency room entrance.

The shooting is under investigation and so far, no arrests have been made.