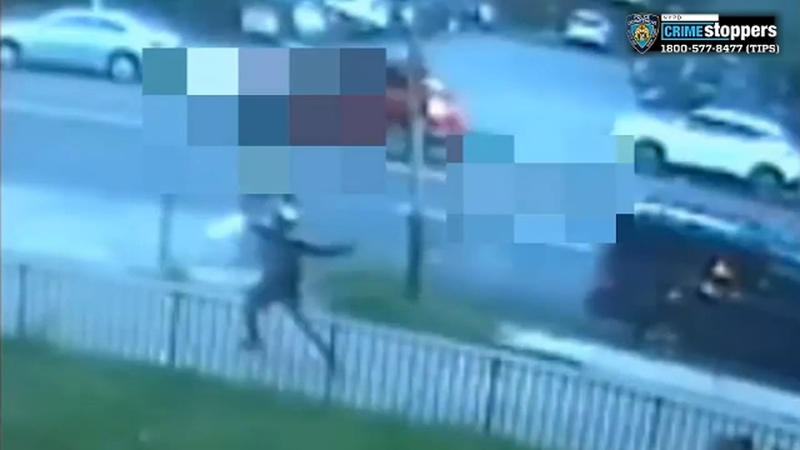 CLAREMONT VILLAGE, Bronx -- A 61-year-old woman was the unintended victim of a shooting in the Bronx.

The man seen in surveillance video is wanted in connection with the shooting that took place early Wednesday evening on East 163rd Street in Claremont Village.

Police say the woman suffered a gunshot wound to her right leg.

The individual then fled on foot.

Both individuals are described as two adult dark-skinned males, according to authorities.

The victim was taken to a nearby hospital where she's listed in stable condition.

There were no other injuries reported as a result of this incident.

Anyone with information in regard to this incident is asked to call the NYPD's Crime Stoppers Hotline at 1-800-577-TIPS (8477) or for Spanish, 1-888-57-PISTA (74782). The public can also submit their tips by logging onto the CrimeStoppers website at WWW.NYPDCRIMESTOPPERS.COM, or on Twitter @NYPDTips.