22-year-old man arrested in death of teen who was stabbed, set on fire in Bronx 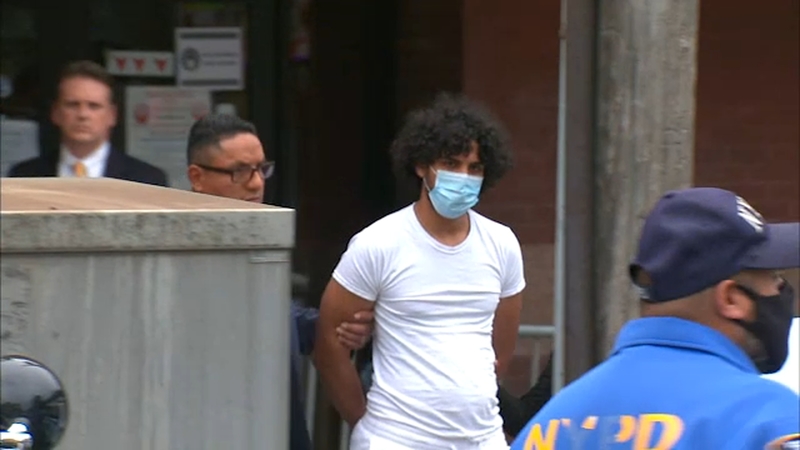 HIGHBRIDGE, Bronx (WABC) -- A 22-year-old man was arrested in the death of a teenager who was stabbed and then set on fire in the Bronx Wednesday.

Adones Betances is facing murder and manslaughter charges in the death of 18-year-old Winston Ortiz.

Ortiz was mortally wounded just after 3 p.m., after Betances allegedly poured gasoline on him, lit a match, and set him on fire.

They say the victim didn't live in the building and that his killer was already on the fifth floor when the victim arrived.

Ortiz was stabbed twice in the back and once in the chest. The suspect then poured accelerant on him and set Ortiz on fire. He sustained burns over 90% of his body.

He was transported to Harlem Hospital, where he later succumbed to his injuries.

Ortiz was apparently still alive when officers arrived on scene and was able to identify his killer to them.

Sources tell Eyewitness News that the age difference between the young couple was unsettling to some-and was the apparent motive for the attack.

"Our family is in so much pain after this tragic loss," the victim's aunt, Victoria Ortiz, wrote on Facebook. "He was ALWAYS in church, his house, or with family. He was such a quiet and sweet kid. Always willing to help and do whatever was asked of him. For something like this to happen is just unimaginable!"

She created a GoFundMe page, which has raised more than $10,000 as of late Thursday morning.