Korean grandfather viciously attacked inside his own store in Brooklyn 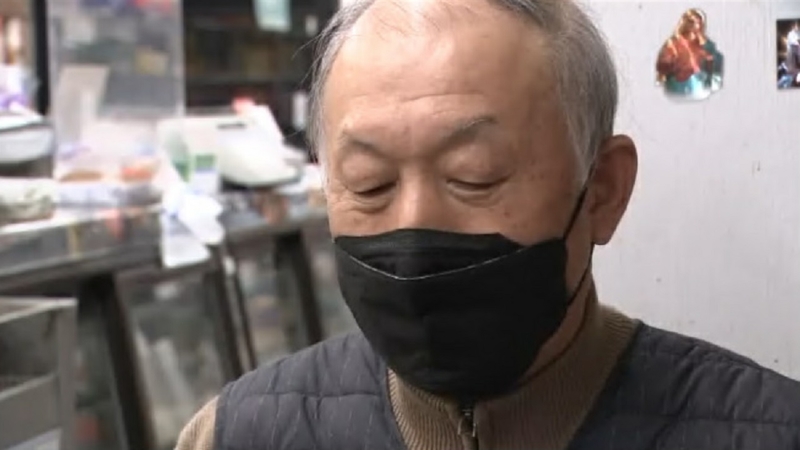 Korean grandfather attacked inside his own store

MIDWOOD, Brooklyn (WABC) -- A Korean grandfather was viciously attacked inside his own store in Brooklyn on Saturday. His attacker refused to pay, and then unleashed a flurry of punches.

"I was cleaning the deli section when this person just threw everything off my counter. I went to tell him to stop. He said something, then he punched me. He was saying as he was punching me also," Lee said.

He went to the hospital after suffering injuries to his head above his left ear.

In addition to fists, hostile words were hurled at him.

"He was saying some sort of curse words and derogatory things, but I can't say exactly what they were," Lee said.
Police are investigating, but it is not clear yet if it is a hate crime. However, it is a felony assault, given the victim's age - almost 67.

On Sunday, there were rallies around the country, including in Foley Square, demanding justice and safer streets as attacks against Asian Americans explode exponentially.


Lee and his family have been running the popular store on Ave. H in Midwood for 15 years. They work from early morning to late night every day. Just a month ago, they told Eyewitness News that someone broke their glass window and yelled at them to go back to their country.

As officials look for suspects in the surveillance video, the Lee family will continue doing what they have always done - serve their community.