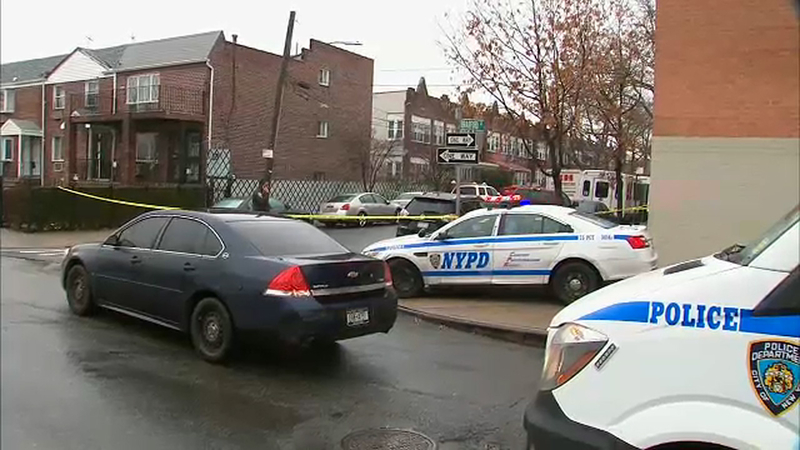 EAST NEW YORK, Brooklyn (WABC) -- Authorities are investigating after a fetus was found next to a tree in Brooklyn Monday morning.

The gruesome discovery was made just before 7 a.m. at Linden Boulevard and Bradford Street in East New York.

A man reportedly found the fetus, believed to be about 20 weeks and not viable outside the womb, in a bag just steps away from a school.

It was left in the dirt underneath the tree, a bag of bloody clothing reportedly nearby.

"Fetus, just laying there," witness Orlando Reid said. "Just a fetus, uncovered. You could tell it was dead though."

Reid described the shocking discovery made by a neighbor walking his dog.

Veronica Sexton's mother lives just across the street, and she says she first noticed what looked like trash there Sunday.

"It's kind of cruel, heartless, actually," she said. "Considering all the trash you see in the city, I never seen this before. I would have never thought it, to see this, hear this, today."

While the medical examiner will determine the cause of death, crime scene investigators spent most of the day at the scene looking for evidence.

They viewed security camera video and talked to neighbors, many of whom wondered how something like this could happen.

"I just hope the person, whoever it is, just gets help, man," Reid said. "Hopefully they get help."