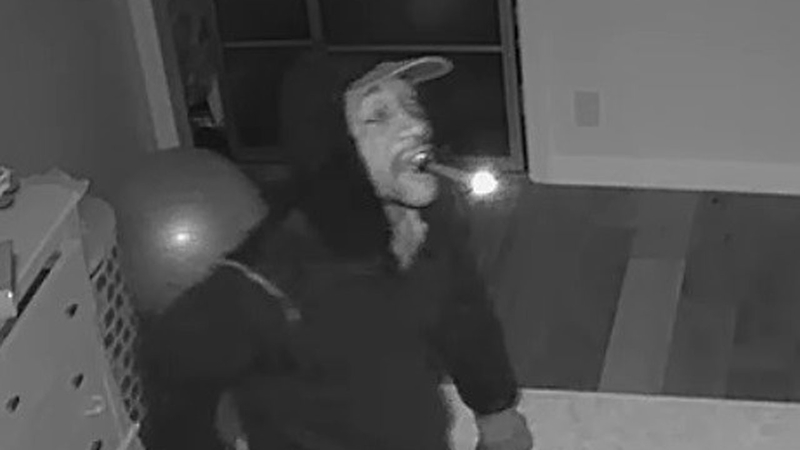 SOUTH BROOKLYN, New York City (WABC) -- The NYPD is looking for the man they say is responsible for at least nine home burglaries in the South Brooklyn area spanning a period of about five months.

Detectives say the crimes began in late August 2017. The individual often tried to enter the homes through rear windows, at times breaking or damaging windows to gain entry, according to police.

Exclusive surveillance video of the man wanted in a 9-home burglary spree in Brooklyn. @NYPDnews is asking for helping identifying this guy so they can get him off the street. @ABC7NY pic.twitter.com/jB1wexdZWH

"He's definitely not an amateur," said Detective Edwin Vargas. "He is good at what he does. He is elusive. He is a little brazen also. Probably doesn't care if he gets caught."

Once inside, police said the man takes his time pilfering the home for valuables.

Vargas said in total the thief has taken more than $100,000 dollars' worth of cash and personal items including jewelry, two guns and one families' recently acquired inheritance money.

"Before they could put it in a bank, this guy came and took it away for himself," Vargas said.

On December 29, 2017, police said the individual struck two homes on the same block in the evening.

Surveillance video from another incident December 30, 2017 shows the suspect sneaking into a home through a back entrance. Police said the suspect damaged a rear door to gain entry.

Police said it appears the man works in clusters, striking multiple homes over a couple days, then waiting about a month to strike again.

Vargas said he hopes to catch the suspect before he strikes again.

"We would like to get him off the street," Vargas said. "Nobody wants to have their home broken into. It's a violation of someone's privacy. I can sympathize with the victims."

Anyone with information about the suspect is asked to call Crime Stoppers at 1800-577-TIPS for a $2,500 reward.


CLICK HERE for a full-screen version of the interactive map.