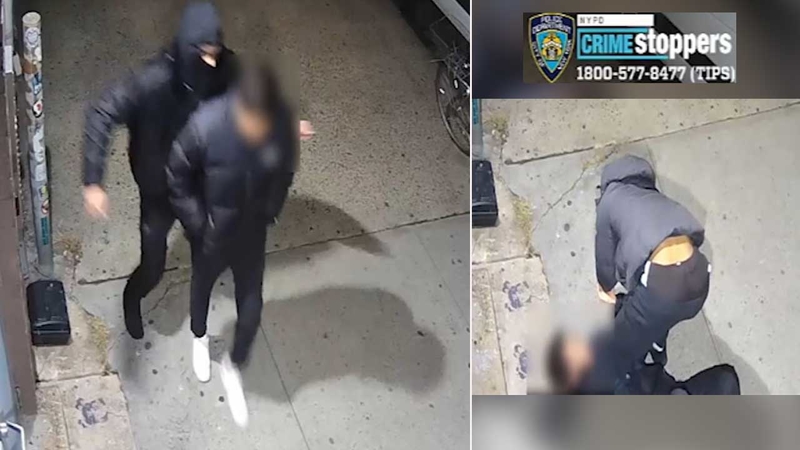 FLATBUSH, Brooklyn (WABC) -- The NYPD released video of a frightening attack in Brooklyn, and police say the men behind it have attacked at least eight times.

The video shows an assailant approach a man from behind and put him in a chokehold before another man jumps in to rob the victim.

All eight cases happened in Flatbush.

The first one happened in November, with the most recent occurring earlier this month.

In each case, the victims were robbed.

Police say the men often get away on bicycles.

They are asking for the public's help tracking down the suspects.