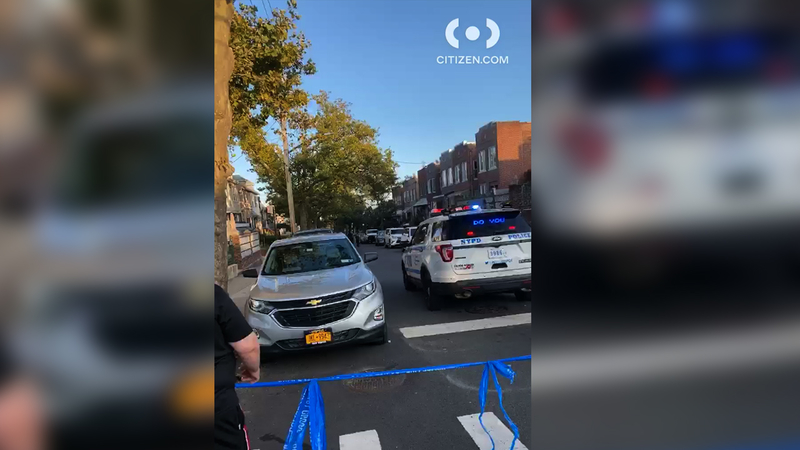 According to officials, two shootings took place in Brooklyn, one in Dyker Heights and another in Downtown Brooklyn.

Police say 33-year-old Arfan Butt, was shot three times while sitting in a BMW around 5:20 p.m. in Dyker Heights.

"I see the guy lying on the floor with two gunshots to his chest," Adnrew Bahnsen said.

Bahnsen was walking his dogs just after 5 p.m. when he heard the shots.

"I heard a bang, I thought it was fireworks," Bahnsen said. "I saw two cars backing down the block."

Investigators say the gunfire erupted between three men. One of them was shot in a unique, yellow-colored BMW.

The victim was found on the ground nearby.

Stephan Gilliam, who lives on the block, recognized the car immediately.

"A gold shiny BMW, the same BMW the guy tried to run me over three weeks ago and then he went to curse at me and scream at me," Gilliam said.

It's unclear if that driver and this victim are the same person, but on Saturday night, police are searching for a motive and the suspects.

Residents living in the area are trying to make sense of how this happened in their neighborhood.

"I got scared because it's around the house," Patricia Bashor said.

Others said they no longer feel safe.

"Looks like this is every day we hear shots happening, it's a big problem," one neighbor said.

The victim was transported to Maimonides Hospital in critical condition and later died.

Councilman Justin Brannan took to Facebook to express his concern over the shootings and says he has requested increased patrols in the area.


Brannan says he is meeting with New York City Police Commissioner Dermot Shea next week to discuss the gun violence in the community.

Meanwhile, officials say another man was shot and killed in separate incident on Hudson Walk in Downtown Brooklyn around 6 p.m.

So far there are no arrests or motives in that incident.