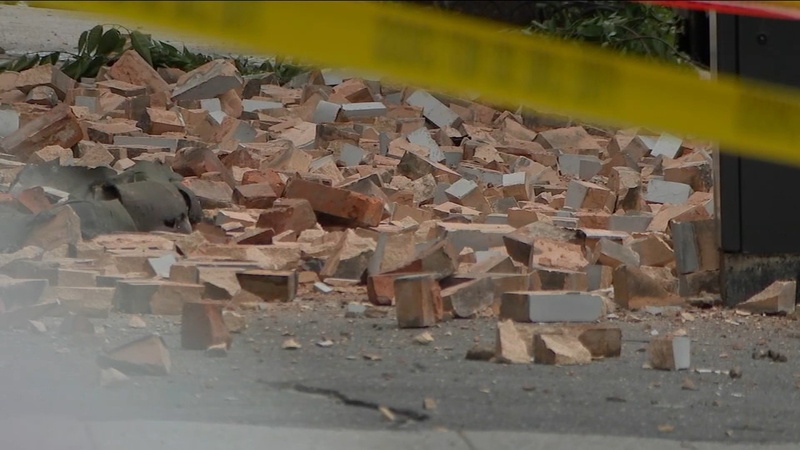 MURRAY HILL, Manhattan (WABC) -- Officials are investigating a partial facade collapse at a parking garage building in Manhattan that left one person injured.

"We transmitted our collapse signal which brought about 25 pieces of apparatus and about 150 members," FDNY Deputy Chief Nicholas Corrado said. "We've cordoned off the area around the entire building and right now we're in the process of giving it over to DOB, Department of Buildings."

The DOB says that a 45-foot by 10-foot section of bricks had collapsed from the parapet level of the facade and landed on the sidewalk below.

"So right now, as I said before, we're dealing with the front parapet, it does not seem to be structural stability of the building itself," Corrado said. "Just the just the front brick that fell out into the street."

According to officials, there was one minor injury to a person walking on the sidewalk, but they are expected to be okay. Fortunately, they say the building was vacant at the time.

The DOB says that two nearby parked cars were damaged by falling bricks.

The DOB has ordered the property owner to immediately install a sidewalk shed in front of the building to protect the public.