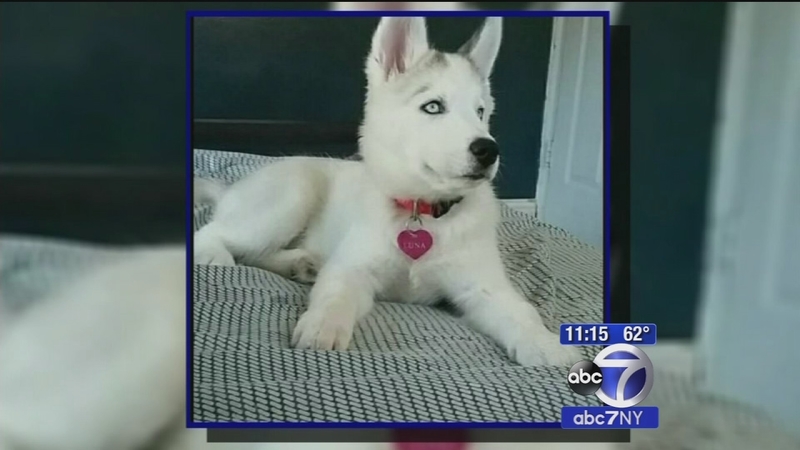 SOUNDVIEW (WABC) -- It was a most unusual and cruel home robbery.

Burglars broke into an apartment in the Soundview section of the Bronx, stealing not just a couple's money and possessions, but also their two-month old puppy.

"I want her back, I don't care they can keep everything else, I just want the baby back," said the victim, Gaudencio Rosendo.

Whoever stole Luna, a Husky puppy sure didn't do it because he loves animals.

The thief who broke the lock on the door and ransacked the house, stealing a thousand dollars of the children's birthday money that was kept in a box, also attacked the family's three other dogs with pepper spray.

"There was no noise around the house like usually with the dogs, it was so quiet, and when I got upstairs everything was a mess," said Rosendo.

Gaudencio came home from work Tuesday around noon to the mess the burglars left behind. His dogs had paint splattered on them from being hit with a paintball gun. Three of his dogs were attacked with the pepper spray, but the puppy, Luna, was gone.

The family is putting up reward posters in an effort to get Luna back.

The house can be cleaned up, the family will miss the money that was stolen, but what they really want is the dog back.

"The money is not everything, the puppy is like a family you can not replace," said Rosendo.