8 dead, 10 injured after van plunges into canal in Florida 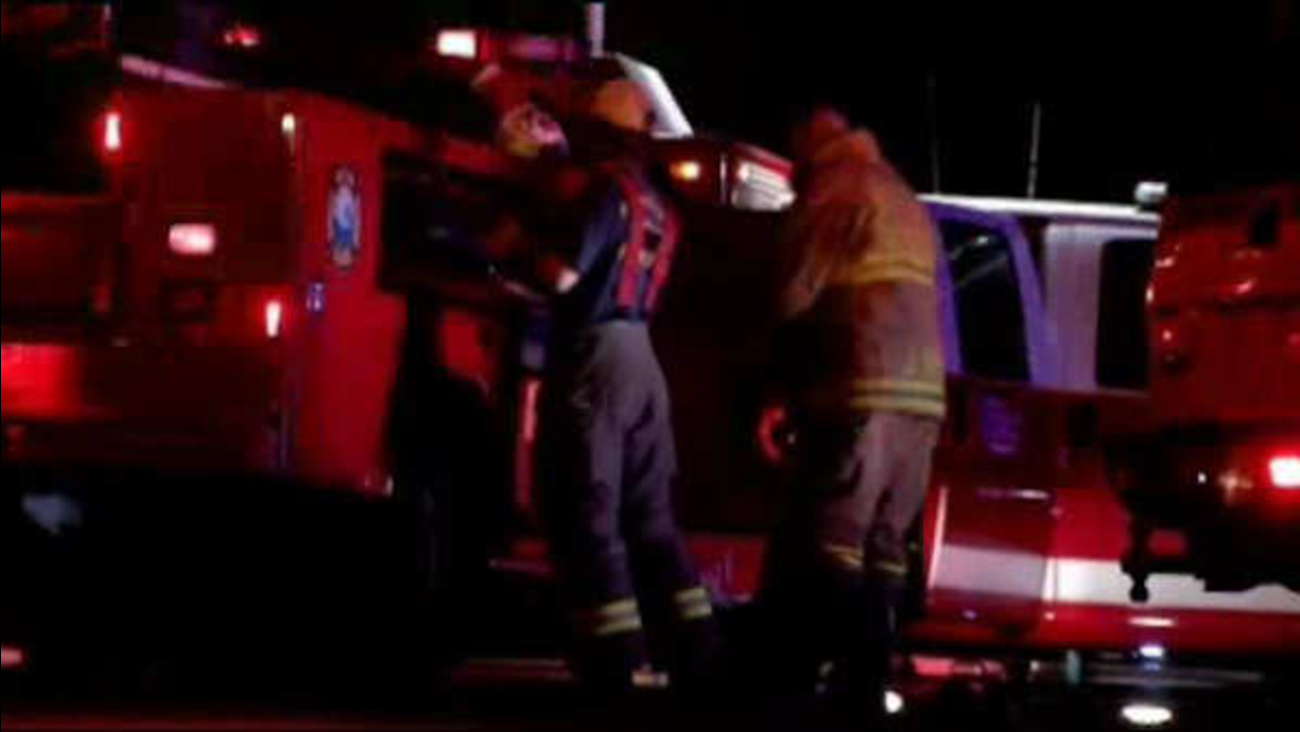 MOORE HAVEN, Fl. -- A church van ran through a stop sign, crossed all four lanes of a rural highway and nosedived into a canal, killing eight people and injuring 10 early Monday in southwest Florida, authorities said.

"They didn't see that stop sign. They shot right through it," Glades County Sheriff's Office Chief Deputy Duane Pottorff said. "It was a sad evening."

The van was heading back to a church in Fort Pierce, north of West Palm Beach on the Atlantic coast, after a weekend convention in Fort Myers, according to the Florida Highway Patrol.

Eighteen people were in the van when it crashed about 12:30 a.m. Monday, said Lt. Gregory S. Bueno of the Highway Patrol. Officials believe it was a 16-seat van, Bueno said.

A 911 call came in at 12:31 a.m., and deputies arrived four minutes later, officials said. The van had gone down an eight-to-10 foot embankment and landed in shallow water of the canal, which is lined with tall grass and weeds.

"That's a very steep embankment, and they kind of did a nosedive," Bueno said.

The crash killed the male driver and seven passengers, four male and three female, troopers said. Their names were not released pending notification of their families.

The Florida Highway Patrol identified 10 other passengers taken to four hospitals. Among them was a 4-year-old child - who was not in a car seat, Bueno said - in serious condition. Four other adults were in critical condition.

All the people in the van were from Fort Pierce.

Nozaire Nore, 48, suffered a broken leg in the crash. With his niece translating from Haitian Creole, Nore told Scripps Treasure Coast Newspapers (http://bit.ly/1xsZnml ) that the driver didn't notice a curve in the road and couldn't stop in time.

Nore said he is a migrant farm laborer who travels to New Jersey and New York to pick apples, watermelons and other crops.

Bueno said that at the time of the crash, it wasn't foggy at the crash scene in Glades County, west of Lake Okeechobee. There is no lighting on the stretch of road, and the T-intersection is surrounded by farmland.

On Monday morning, the van - with "Independent Haitian Church of Reformation" written on its side - had been loaded onto the back of a flatbed truck. The front of the van was smashed in, and the door had been removed.

A message left for the pastor of Independent Haitian Assembly of God, Esperant Lexine, was not immediately returned.

Under Florida law, a Class C commercial driver's license is required to drive any vehicle designed to transport 16 or more people, including the driver. The driver's name in the crash had not been released.