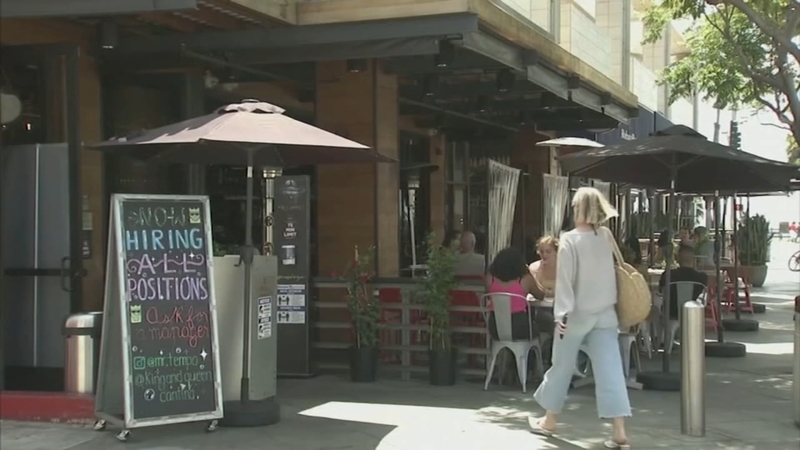 DURHAM, N.C. -- A pizzeria in Durham, North Carolina that reopened Friday has forgone tipping and instead introduced a 20% 'living wage fee' on all bills.

Pizzeria Toro owner Gray Brooks said he is trying to combat unemployment problems and make his spot a more attractive place to work.

"I hope it is going to be a trend because I think it's better for everybody," Brooks said.

Brooks said the money will be evenly distributed to all employees from back-of-the-house dishwashers and sous chef to seasoned servers and bartenders.

"Our idea is to have people have jobs, make more and they can work one job, one full-time job and not have to have a second job," Brooks said.

He also owns two other restaurants, Jack Tar Restaurant and Littler Durham, and plans on implementing the fee at those locations as well.

Brooks says customers shouldn't worry about tipping on top of it.

"We don't expect or ask that you do," Brooks said.

The service food industry has been struggling for months to staff-up, even as unemployment rates have been moving in the right direction.

The latest statistics from the U.S. Department of Labor show the unemployment rate in April dropped to 3.5% in Durham and 3.6% for Raleigh-Cary.

The cities were at about 5% the beginning of the year.

Brooks said he feels his plan is the equitable thing to do to retain a workforce.

"In order for the bottom to rise up, the top's got to come down a little bit. I think this is more of a grassroots approach to it," Brooks said.

The online publication Money Geek recently named Raleigh as one of the top U.S. cities for job seekers in 2021.

The report notes that the area has one of lowest unemployment rates and hourly earnings are up since last year by more than 1%.

The hikes are part of a phased-in approach to increase the minimum wage to $15 an hour.