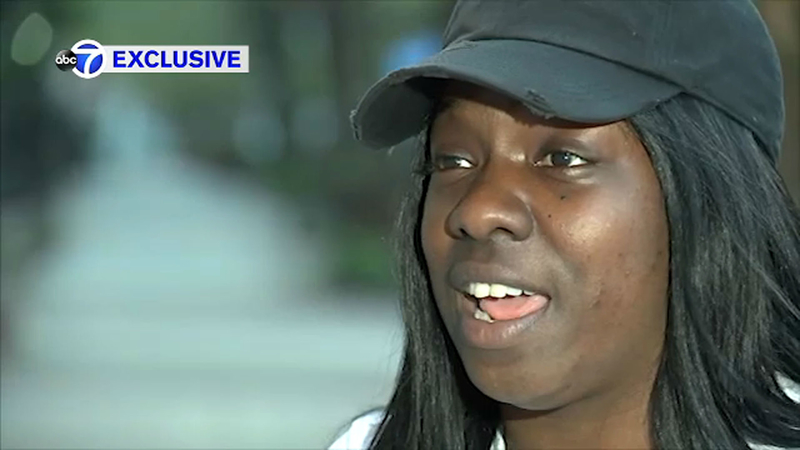 CARROLL GARDENS, Brooklyn (WABC) -- A woman who says she was held against her will by a fake livery driver is speaking out about the dramatic ordeal.

Police say Tara Malachi was held hostage in the back of a minivan during a traffic stop at the Brooklyn-Battery Tunnel on Monday.

She escaped from what troopers describe as an illegal cab dispatched when she called her local taxi company to take her to her job in Lower Manhattan.

Authorities say driver Calvin Alexander, 30, was approaching the tunnel when police got a hit on license plate. It was reported as stolen from Pennsylvania and not registered with the Taxi and Limousine Commission.

"The lady was telling me it was stolen and that's why they stopped him," Malachi said. "While we were in the car, he locks the car, closes the windows and everything."

That's what started a 30-minute standoff as police tried to get him out of the car with Malachi trapped in the back.

She said he was smoking up front and even asked her to get behind the wheel.

"No we're not gonna do this with me in this car," Malachi said. "I started kicking the window, I was getting out of the car."

He finally relented and let her out. Only then did troopers realize Malachi was just a bystander.

They wound up smashing the car window to pull Alexander out.

Malachi said from now on she will stick to Uber.

The TLC says the car was dispatched by Columbia Street Limo in Red Hook. A dispatcher there said he did not know anything about the incident.

The TLC plans to investigate the cab company to find out how the car was dispatched in the first place.