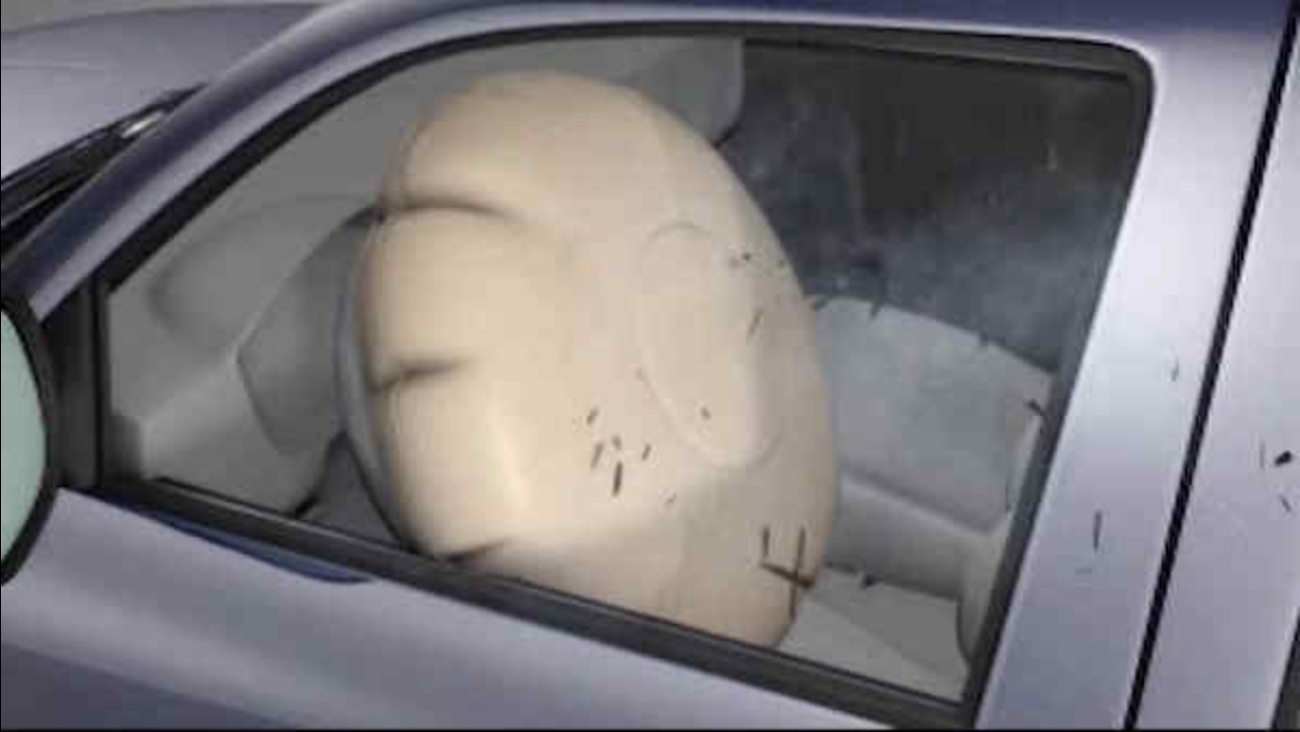 DETROIT -- Another problem has developed with automotive air bags, this one resulting in recalls of up to 5 million vehicles worldwide.

Continental Automotive Systems says in documents filed with the U.S. government that moisture can get inside its air bag control computers, causing the power supplies to corrode and fail. If that happens, air bags may not inflate in a crash or they could deploy without a crash.

The documents, posted Thursday by the National Highway Traffic Safety Administration, say Continental will notify automakers, who will recall cars dating as far back as 2006. Already Honda, Fiat Chrysler and Mercedes have issued recalls. Honda reported two injuries from the problem.

Continental says less than 2 million of the affected vehicles are in the U.S. Additional manufacturers involved in the recalls will come later in a filing with the government, the company said.

Automakers will replace the computers at no cost to owners, according to documents.

The announcement comes in the middle of a recall crisis involving Takata Corp. air bag inflators. About 24 million U.S. vehicles are being recalled for that problem. It's the largest automotive recall in U.S. history. Takata's inflators can explode with too much force, blowing apart a metal canister and sending shrapnel into the passenger compartment. At least 11 people have died worldwide from the problem, and 139 injured.

In the documents, Continental says its problem first surfaced in January of 2008 when it analyzed a malfunctioning control unit that was removed from a Mercedes vehicle. The company continued to investigate, and in early 2011, Continental was told of two inadvertent air bag deployments in Mercedes and Fiat Chrysler vehicles.

Continental said it knows of more than 600 parts that were returned due to the problem.

On Thursday, Fiat Chrysler announced that it's recalling 112,000 2009 Dodge Journeys and 2008 and 2009 Dodge Grand Caravan and Chrysler Town & Country minivans for the same problem.

The U.S. safety investigation is still under way. It began in August after NHTSA found 19 complaints that air bags didn't inflate in crashes of older Honda Accords.

A driver in Belleview, Florida, was injured when his car hit a concrete wall at 50 miles per hour and the air bags didn't inflate, according to a complaint filed with the agency. Several others complained that the computer had to be replaced to fix the problem and they were charged around $500.

"This also means that the safety of the vehicle passengers and operators are in jeopardy and potentially face serious injury or death," another complainant wrote. People filing complaints are not identified in the agency's database.

Continental says any malfunction will cause the air bag control computer to shut down, and that will trigger a dashboard warning light.

Honda said it would notify owners about the problem, but repair parts won't be available until fall. Drivers with an activated supplemental restraint system light should visit a dealer for a repair from the limited number of parts on hand, the company said.