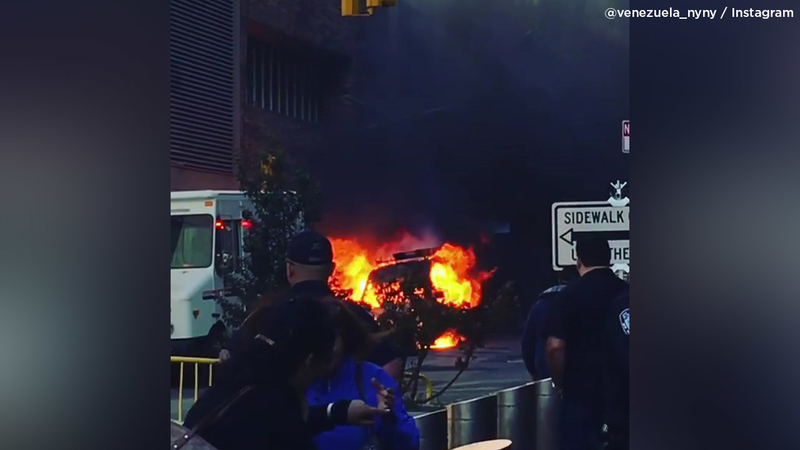 MIDTOWN, Manhattan (WABC) -- A car fire near the Port Authority Bus Terminal caused a massive plume of smoke to rise up into the air in Midtown Manhattan Tuesday afternoon.

Flames could be seen shooting from the car. Police officers blocked off nearby streets.

On Wednesday, the FDNY announced that the fire was caused by a discarded cigarette

Car randomly on fire - 41st & 9th #nyc This city is just too lit for its own good pic.twitter.com/34mZPLN7GH

Here's a photo inside the Port Authority, showing a large crowd waiting for buses:

Buses were briefly stopped when the fire started, but things got moving again quickly with minimal delays.

No one was hurt in the fire.