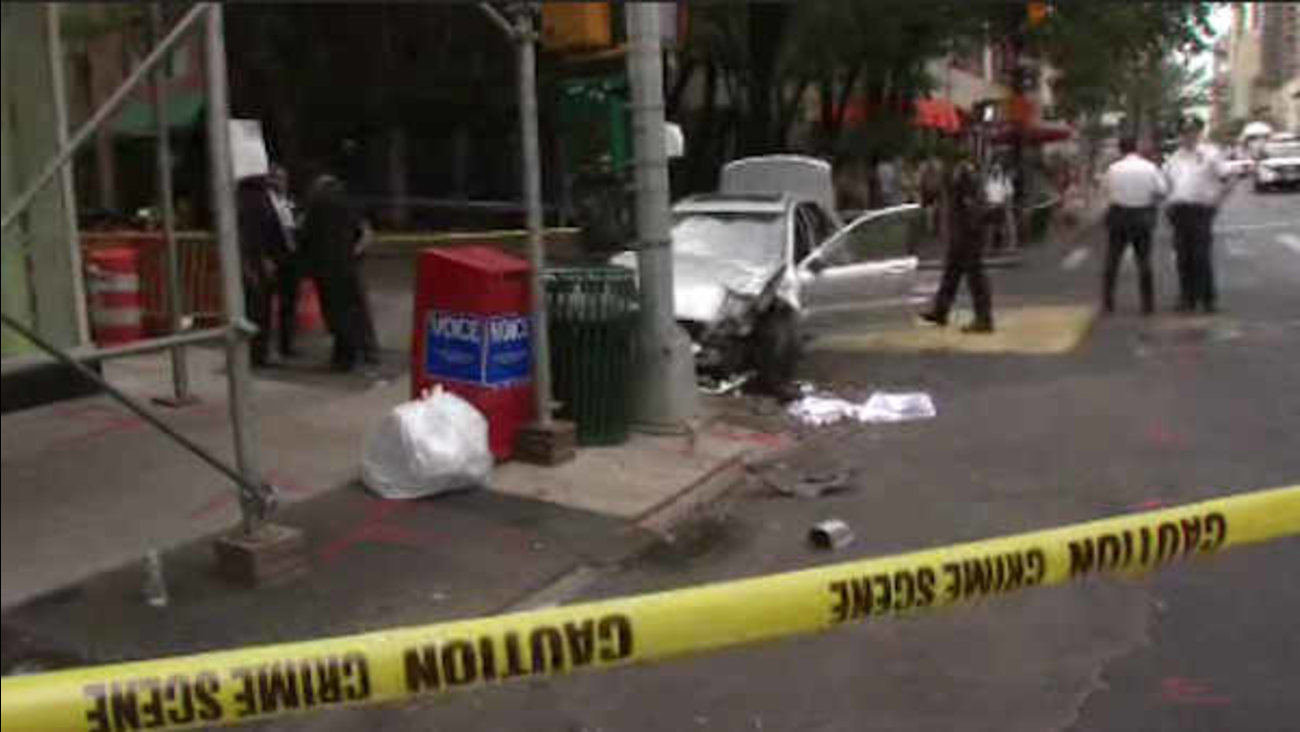 NEW YORK (WABC) -- Police have released the name of a woman killed when a car jumped a curb last week on the East Side of Manhattan.

The victim has been identified as 24-year old Mallory Weisbrod of Manhattan, who died Sunday of her injuries.

According to the NYPD, a 64-year-old man driving a 2004 Mercedes-Benz was traveling southbound on 2nd Avenue when the vehicle veered to the right, mounted the curb and struck three female pedestrians aged 21, 23, and 24 at the southwest corner.

Weisbrod was pinned against a light pole.

There have been no arrests, and the accident remains under investigation.