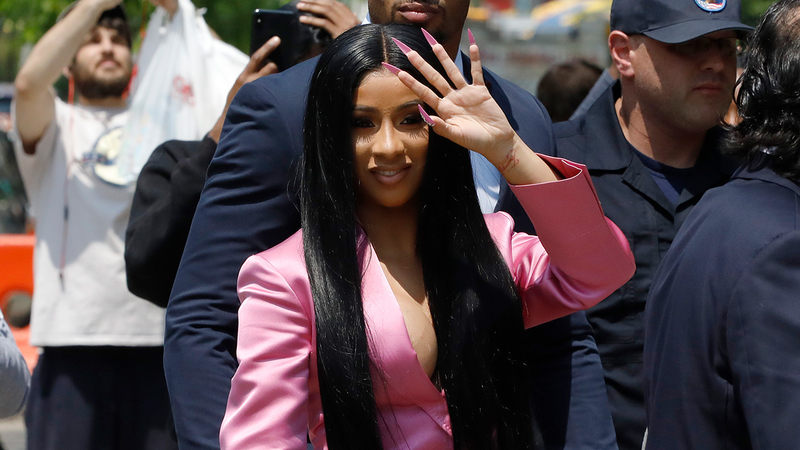 NEW YORK -- Cardi B has been indicted by a Queens grand jury in connection with a melee inside a strip club last year.

The rapper, whose real name is Belcalis Marlenis Almánzar, faces a 14-count indictment, including two counts of felony attempted assault.

That is a significant upgrade from the two misdemeanors -- assault and reckless endangerment -- that she was initially facing for a dispute with bartenders at the Angels Strip Club in Flushing last August.

The Grammy-winner rejected a plea deal last April to third-degree assault, which included no jail time.

Prosecutors told a judge last month that "further investigation necessitated" her case be presented to a grand jury.