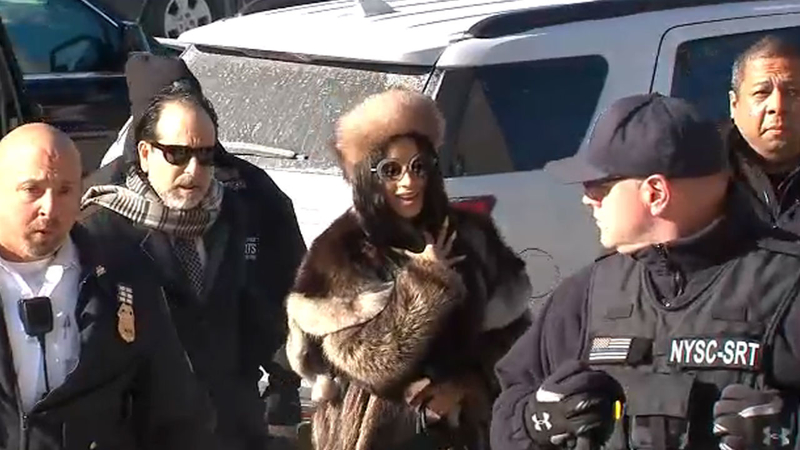 NEW YORK (WABC) -- Cardi B returned to court in Kew Gardens, Queens Thursday morning to answer an assault charge and revealed she is "working things out" with Offset.

The 26-year-old rapper, whose real name Belcalis Marlenis Almánzar, briefly graced the courthouse for a return date on her strip club arrest in August.

Cardi B is accused of throwing bottles and chairs at two bartenders at Angels Strip Club.

The strip club incident happened just weeks after she was involved in a dispute with fellow rapper Nicki Minaj at a New York Fashion Week party.

Thursday morning, Cardi was decked out in all fur, replete with a fur hat, as she strutted up the steps of Queens Criminal Court.

"It's so cold outside!" Cardi shrieked.

But the photographers waiting in the cold for her wanted to know about the real breaking news, was she back together with her husband, rapper Offset?

Overnight, TMZ reported that the two are back living together in Atlanta, "under the same roof, and the hip-hop power couple is officially back on."

"I don't understand how you guys could yell that!" she shouted back.