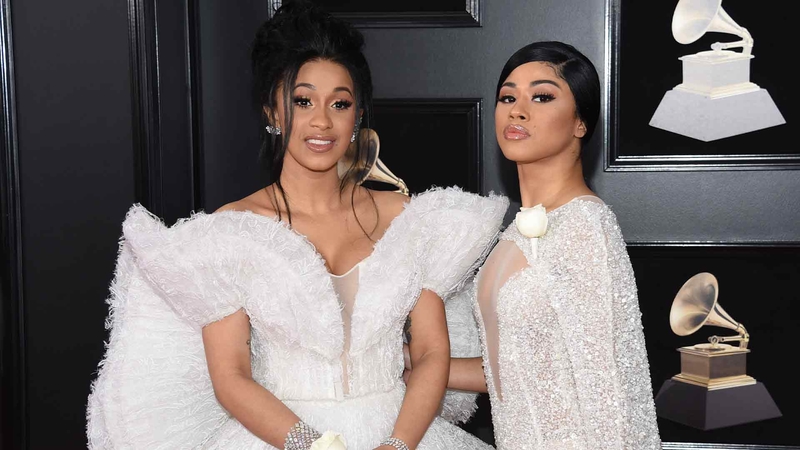 Suffolk County beachgoers are suing Carolina for assault, battery, defamation, and civil rights violations after an incident on Smith Point Beach on September 6.

"These peaceful Suffolk County residents were quietly enjoying a Sunday at the Smith Point beach with their families, when rap celebrity Hennessy Carolina suddenly approached them, raging, spitting, insulting, assaulting, defaming and threatening them, all the while videotaping them because one of them wore a MAGA hat," beachgoers' Miller Place attorney John Ray said.

Ray says Carolina's sister Cardi B and her partner Michelle Diaz were also named in the lawsuit for defamation and civil rights violations.

"It happened so fast. We're just sitting there relaxing like we always do and all at once we're being attacked," Moriches resident Peter Caliendo said.

Peter and Pauline Caliendo and Manuel Alarcon say they were parked on the beach at Smith Point Park on the Sunday of Labor Day weekend.

The Caliendos had a Trump flag on their car and Alarcon was wearing a MAGA hat.

They say Hennessy Carolina's girlfriend Michelle Diaz pulled up and blocked some cars in.

"Very nicely said, you must not be from here because you don't know the etiquette of the beach," Peter Caliendo said.

The three say out of nowhere they saw Carolina running at them from the water, screaming with her cell phone recording.

"Then I get this person, getting in my face, calling me every name in the book and you don't even know me," Alarcon said.

Cell phone video released by the residents' attorney shows Hennessy Carolina stomping after them as they try to walk away.

"Then Hennessy, Cardi B and celebrity model Michelle Diaz deviously edited the videotape and published the edited version all over social media, across the world for all to see, and maliciously falsely labeled these residents and their families as 'N...s' and as racists," Ray said. "Real threats of harm were made. They live in fear now. Their reputations have been ruined. We seek substantial damages."

"We never said that, none of it," Pauline Caliendo said.

Alarcon did call the police and filed a report. The three residents are suing Cardi B, her sister and her sister's girlfriend for assault and defamation of character.

Eyewitness News reached out to an attorney who has represented Cardi B in the past for a comment on the lawsuit, but our email was not returned.

Peter Caliendo described her as "traumatized."

"You could understand an 8-year-old girl seeing us being screamed at," he said.

The three said they had no idea who the two women were until the next day when friends and family members began calling them after seeing them on social media.

"I had no idea of who they are, how they are, no clue. To me, they were just two girls with a dog, that was it and they parked in front of me. It's a shame that it had to go to a level like this," Alarcon said. "I don't deserve this. This is not something people should go through."
RELATED: Cardi B in court for hearing on alleged assaults at New York City strip club
EMBED More News Videos