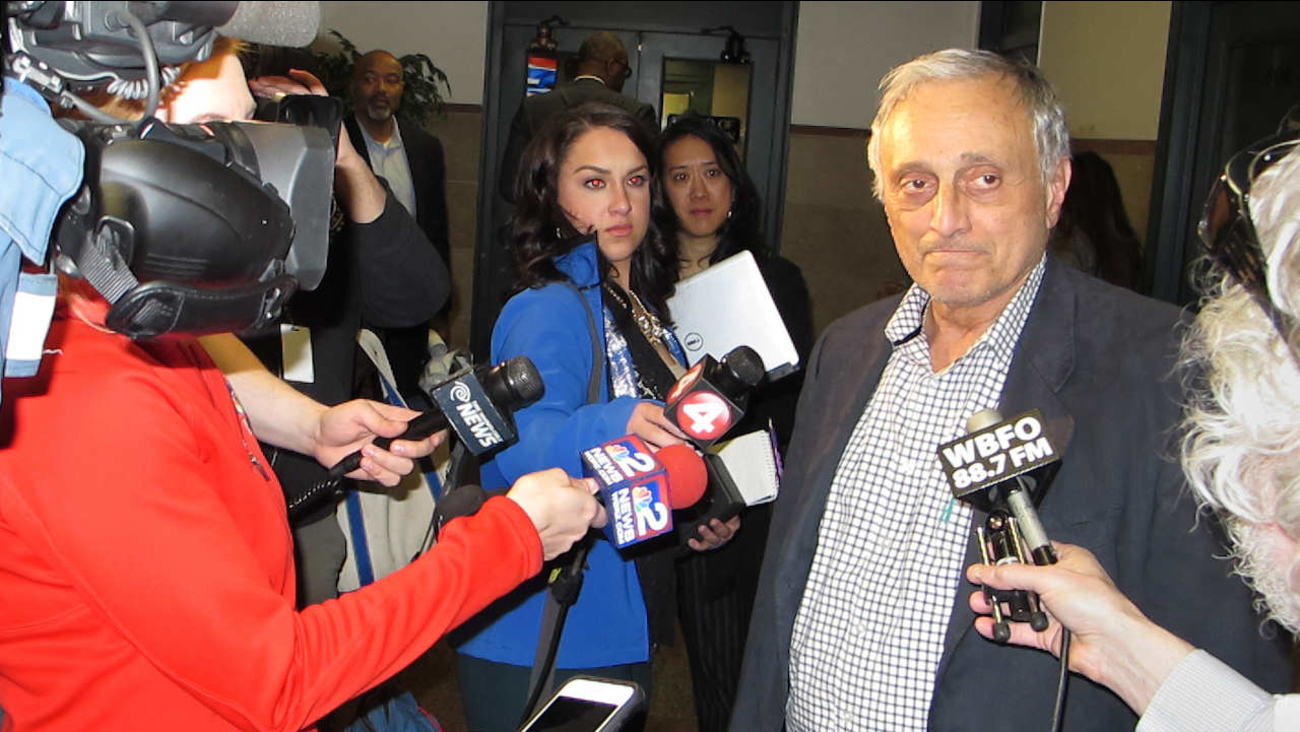 BUFFALO, New York -- A former Donald Trump campaign official who wrote that he wanted to see Barack Obama dead of mad cow disease and Michelle Obama living with a gorilla in Africa now says those comments weren't meant for publication but were nevertheless "inappropriate."

Carl Paladino, a millionaire developer, one-time Republican candidate for governor and co-chairman of Trump's New York campaign, issued a statement expressing regret for the insults Tuesday, four days after their publication in the local publication Artvoice.

"I never intended to hurt the minority community who I spent years trying to help out of the cycle of poverty in our inner cities," he wrote. "To them I apologize."

But in the lengthy statement, Paladino also took fresh aim at the president, calling him a "traitor to American values," and said he wouldn't resign from Buffalo's school board, which called a special meeting later in the week to discuss his comments.

"I don't intend to yield to the fanatics among my adversaries," he wrote. "I certainly am not a racist."

Paladino also said for the first time that he never meant to make his comments public. He said they were only intended to go to friends, but he mistakenly hit "reply" on his computer instead of "forward."

Paladino made no mention of any computer mistakes in a statement he released Friday defending his remarks. In them, he wrote that he hoped in 2017 to see Michelle Obama "return to being a male and let loose in the outback of Zimbabwe where she lives comfortably in a cave with Maxie, the gorilla."

He told several journalists he sent the comments on purpose, and even signaled that he knew people might find them racially insensitive. In a phone call with the Buffalo News Friday, he mentioned, by name, an editor who is black, and said he "made that comment just for him."

The comments sparked outrage from many, including Trump's transition team, which called the developer's comments "absolutely reprehensible," and from Paladino's own son, William, who runs the family's development firm.

They also prompted at least two petitions, one calling for his removal from the Buffalo school board and the other seeking the removal of his name from a building at St. Bonaventure University, his alma mater and recipient of more than $1 million of his donations.

The board is holding a special meeting Thursday to "discuss board member conduct." In New York, school board members typically can only be removed by the state education commissioner.