How police, lawmakers are cracking down on catalytic converter thefts 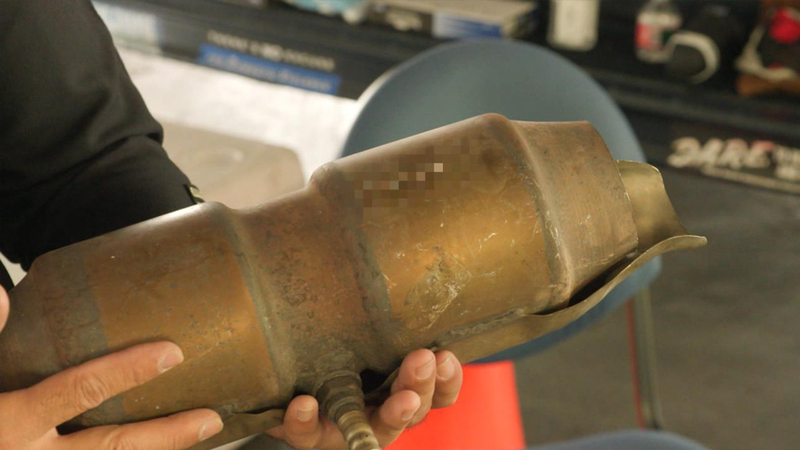 LOS ANGELES -- U.S. law enforcement agencies are taking action after seeing a rise in thefts of catalytic converters since the beginning of the pandemic.

"We've seen where they quickly, like NASCAR, get the jacks, jack them up, cut them off, keep an eye out for security. The cops ... get these items $300 a piece generally, and making 10 or 20 a night," said Los Angeles Police Department Detective Michael Ventura.

The huge rise in catalytic converters thefts across the nation has hit tens of thousands of car and truck owners in the pocketbook and frustrated police, who are faced with a crime that takes just minutes to commit and is difficult to solve even if they find the stolen parts.

Recently in Arizona, the Phoenix Police Department confiscated more than 1,200 converters from a single storage unit. 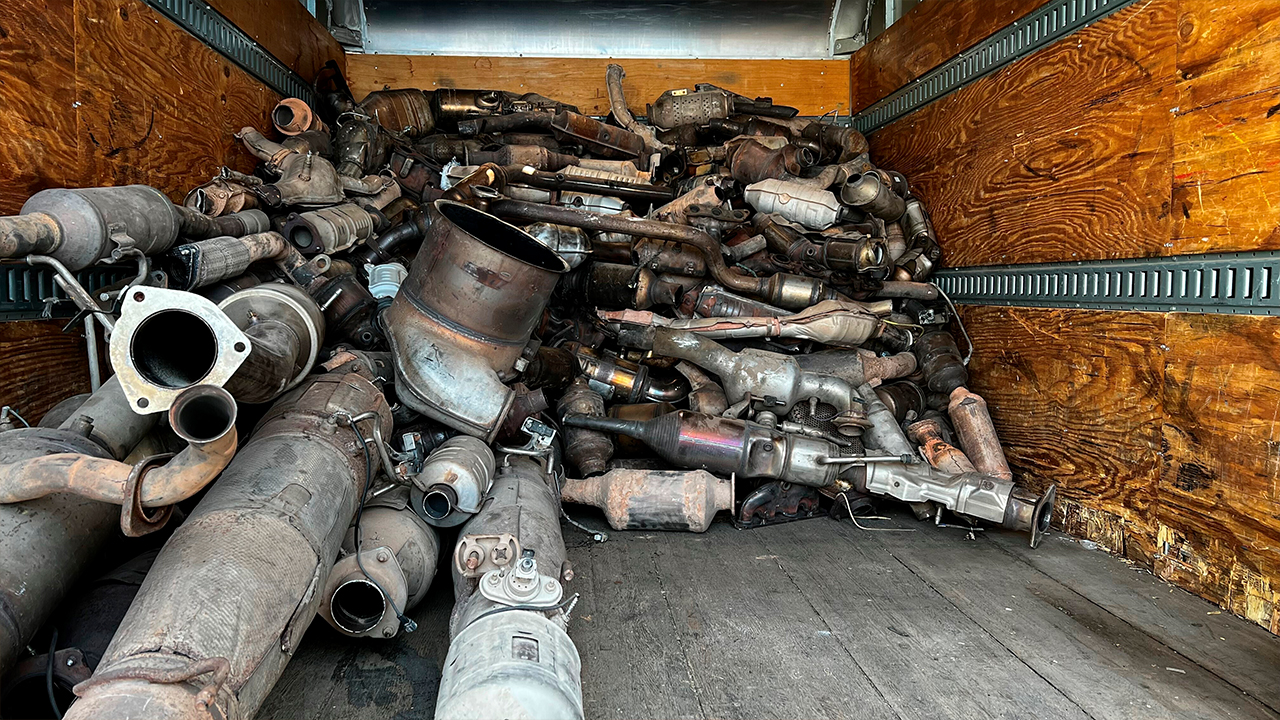 This photo shows stolen catalytic converters that were recovered after detectives served a search warrant at a storage unit in Phoenix on May 27, 2022.

Catalytic converters are not imprinted at the factory with serial numbers and stolen converters end up on a black market where they are chopped open for the valuable metals they contain.

Replacing one can cost a motorist from $1,000 to $3,000, according to the National Insurance Crime Bureau, an insurance industry group that works to combat insurance fraud and crime. Police say thieves can get from $100 to $150 for each converter.

Hyundai is recalling 239,000 cars in the U.S. because the seat belt pretensioners can explode and injure vehicle occupants.

Ventura said since the beginning of the COVID-19 pandemic, his department reported a 293% increase in catalytic converter thefts.

The department recently hosted a VIN-etching event at a local shopping mall, where residents lined up to have their cars' VIN numbers permanently marked on the targeted car parts. Houston's police department is also hosting similar events.

Ventura said he hopes this initiative will deter thefts or, at the very least, help catch criminals.

"If i catch somebody, and they happen to have a number that's on it, now we can work backwards," he said. "I can identify a victim, and I can prosecute that case."

Lawmakers across the nation have taken notice, introducing legislation designed to make it harder for criminals to unload their loot. According to the National Insurance Crime Bureau, 150 bills have been introduced this year in 36 states and enacted in 16 states.

That includes Arizona, where Republican Gov. Doug Ducey signed a bill this month that makes possession of a catalytic converter in many instances a crime and adds detailed reporting requirements for scrap dealers that buy legitimately used devices. They must mark the item with the donor vehicle's serial number and retain it for at least a week in its original condition.

Scrap dealers caught with unregistered or stolen converters face a $500 fine for the first offense, a $2,000 fine for a second and at least double that for each additional time they are caught. Those possessing or trying to sell a used catalytic converter that don't meet new requirements could face a six-month jail sentence.

Federal legislation is also in the works. Indiana Rep. Jim Baird is sponsoring a bill backed by the National Insurance Crime Bureau that would require serial numbers on new devices, offer grants for programs to stamp numbers on existing cars and trucks and make it easier to prosecute thefts.

The insurance group's President and CEO David Glawe called it a critical step in helping bring relief to people directly impacted by the thefts.

Insurance often does not cover a car owner's losses. Someone carrying just liability coverage or liability and collision is on the hook for the full bill. Even with comprehensive coverage, there is a deductible that may be high enough that it is not worth filing a claim.

"Lastly, some victims even with coverage may treat the problem as a mechanical issue and just pay for it themselves and never notify their insurer," insurance crime bureau spokesperson Tully Lehman said Friday.

Car owners can also take action to prevent thefts by buying catalytic-converter cages or vibration-sensitive car alarms to place underneath vehicles. Drivers can also opt to park in well-lit areas or near building entrances to deter thieves.