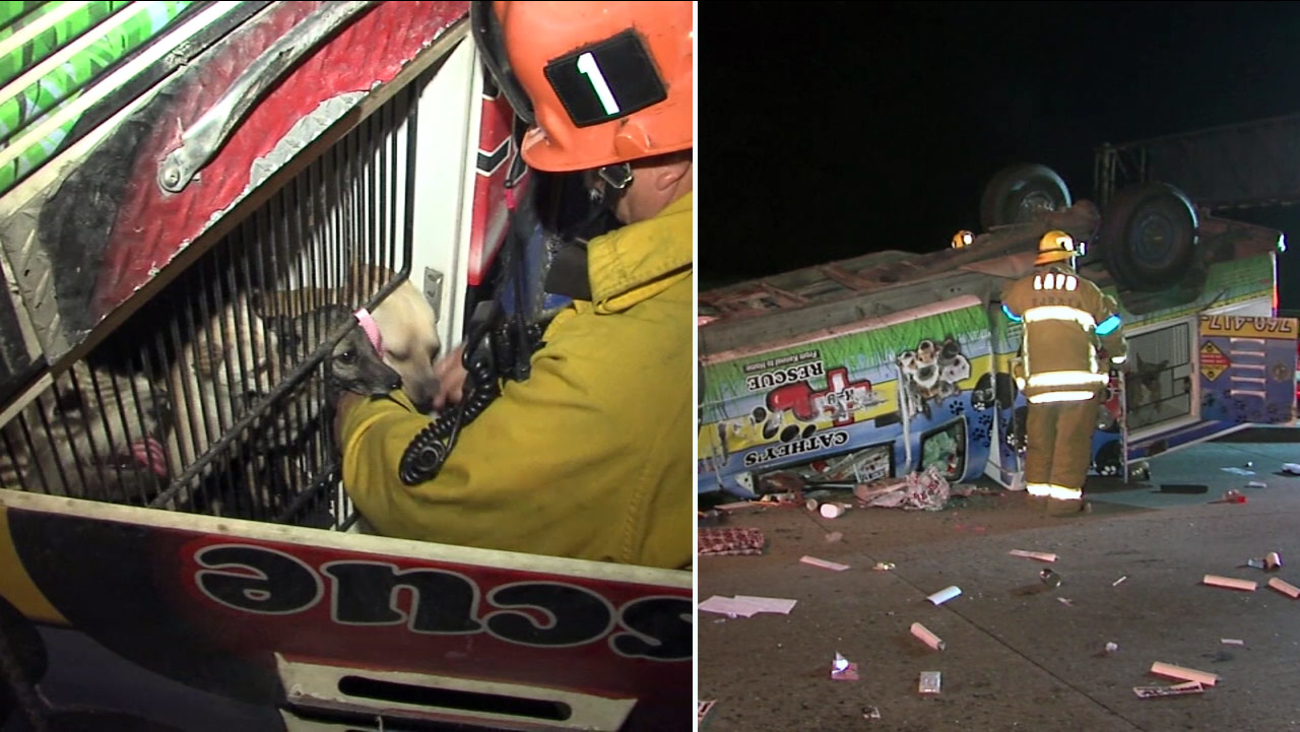 A truck carrying 15 dogs was involved in a multi-vehicle rollover crash on Saturday, Feb. 27, 2016. (OnScene.TV)

LOS ANGELES -- A truck carrying 15 canine rescues was involved in a multi-vehicle rollover crash on the 5 Freeway Saturday evening.

The California Highway Patrol said the crash happened on the Northbound 5 Freeway about half a mile from Stadium Way exit around 10:55 p.m. Both CHP and the Los Angeles Fire Department responded to the scene.

Three vehicles were involved in the crash; the truck carrying the dogs, a box truck and a car, according to officials.

CHP said one person was taken to the hospital after suffering injuries in the crash.

The truck transporting the canines was decorated with logos for Cathey's K-9 Rescue.

On its Facebook page, Cathey's K-9 Rescue said, "Nancy Cathey was in a horrible traffic accident. A drunk driver had hit her in the rear end and she spun out and flipped over a few times, resting upside-down."

Officials and the Facebook page said all the dogs were accounted for and were not hurt. The canines were taken in by local shelters.

Police did not confirm if a suspect was arrested in connection with the crash, but video from the scene showed a male in handcuffs being led away from the scene.