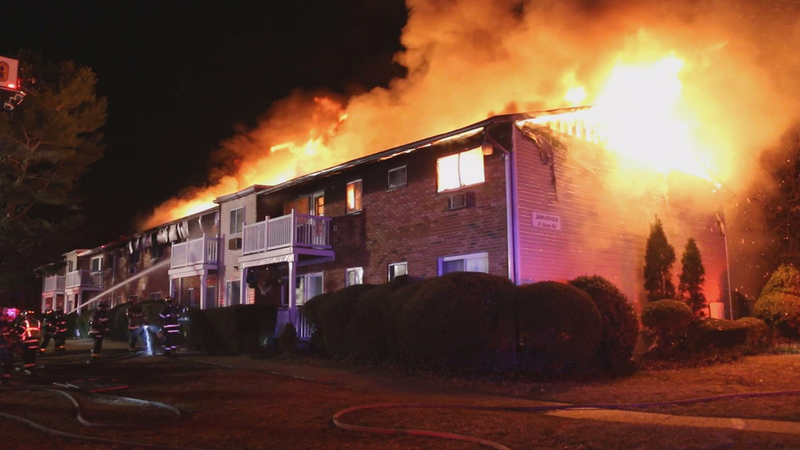 The fire broke out inside the building on Adams Road in Central Islip just before 1 a.m.

The fire was first reported on the first floor on one side of the building, but it quickly spread throughout the entire structure.

One man said that he was sleeping when he heard a knock at his door.

"They were knocking the door, I guess the police was knocking on everybody else doors," said Walter, a resident. "And that's how I notice, I wake up and they tell me I have to get out and I just get out."

Walter was hoping to get back in the building to see if he could salvage any of his belongings, but he said fire crews told him that might not happen, at least not now. He fears he lost everything.

The Red Cross said 21 people from 10 families, including some children, are now displaced.