3 charged in murder of baseball prospect in Yonkers plead guilty 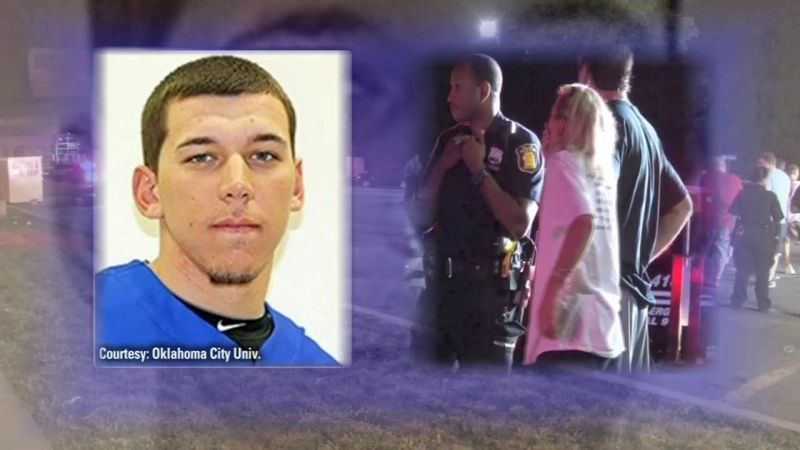 3 charged in murder of baseball prospect in Yonkers plead guilty

Mike Nolan, who was drafted by the Oakland Athletics in the 18th round of the 2014 draft, was shot in the head in September and was declared brain dead about a month later.

Hunter is expected to be sentenced to 25 years, while a conviction would have meant 25 years to life. Singh will serve 11 years and Dawson nine.

Facing the most serious charge of murder, Hunter accepted a plea bargain reducing the charge to manslaughter.

"You did in fact cause the death of Michael Nolan by shooting him with a .25 caliber semi-automatic pistol?" said assistant district attorney Julia Cornachio. "Yes, I did," he responded.

Hunter and the three other men, police charge, were riding in a car past a group of other men standing in the Burger King parking lot on the night of September 18th, 2015.

Shots were fired and Nolan was critically wounded, later dying on October 9th. He was a star baseball pitcher in Yonkers who was drafted by the Oakland A's.

"I don't get to kiss my son," said Nolan's mother Donna. "I don't get to hold him. Talk to him. Nothing. They took that from me because of their cowardly punk actions."

Investigators say the shooting was in retaliation stemming from a drag race.

"He's taken full responsibility for it," said defense attorney Sherman Jackson. "i just felt it was a manslaughter case and he should not get life for it."

Singh pleaded guilty to assault in return for 11 years in prison.

"Are you pleading guilty because you want to plead guilty and get the benefit of this offer?," said the judge. "Yes sir," said Singh.

Singh had been out on bail but was taken back into custody. Dawson also pleaded guilty and will spend nine years in prison.

"Did you hear your attorney's application that you wish to plead guilty?," said the judge. "Yes," said Dawson. "That's what you want to do?", the judge said. "Yes," he responded.

Nolan's family and friends, many dressed in Oakland A's jerseys and carrying large pictures, find it difficult to move on with their lives.

"I'll never be satisfied because I'll never have my son back," said Donna Nolan. "No amount of time that they do in jail is ever going to change our situation. My son is always going to be gone."

Nolan was standing outside of his black Mercedes loaner car in the parking lot when a white Toyota Camry slowly rolled up alongside and six shots rang out from the back seat.

Nolan was brought to Jacobi Medical Center in the Bronx, where he remained in a coma until he was declared dead on October 9.

An extensive investigation by the Yonkers Police Department and the Westchester County District Attorney's office revealed that the shooting was in retaliation for the beating of an individual known to the suspects and related to events that took place during a drag race two nights before the shooting.
"The allegations in the indictment are frightening," Westchester County District Attorney James McCarthy said. "It's alleged that Nashaun Hunter, aided and abetted by Garth O'Neil Cole, Darren Dawson and Tejmitra Singh, piled into a car and drove to a fast-food restaurant, at which point the car they were in slowed so that Hunter could fire six shots and kill Michael Nolan, an innocent young man with a promising future."

Police say they don't know if Nolan was the intended target, but they acknowledge he was part of the group involved in the fight.