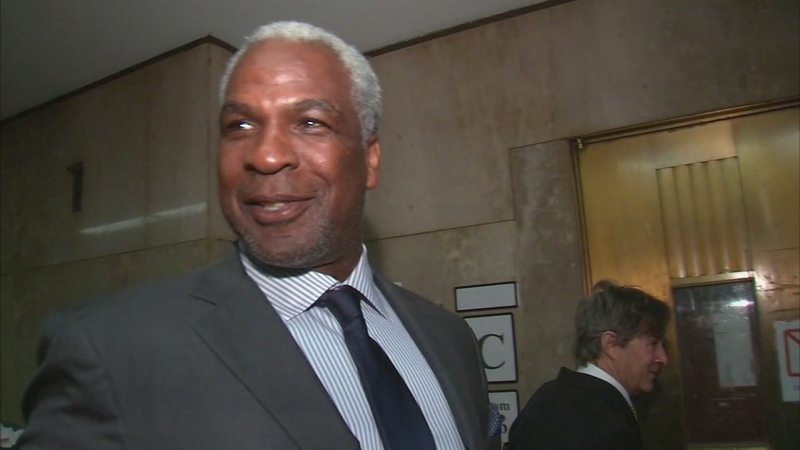 Oakley appeared briefly before a Manhattan judge on Friday and rejected a conditional dismissal that would have left him with a clean record after six months of good behavior.

Charles Oakley just walked into court for return appearance for assault charges from the February incident at MSG. @ABC7NY pic.twitter.com/c5FweLOKjf

He was charged with three counts of misdemeanor assault and one count of criminal trespass in connection with the incident, during which he is accused of hitting the guard in the face with a closed fist. Prosecutors allege that when two other people tried to intervene, both were pushed and suffered cuts.

Oakley became a fan favorite when he played for the Knicks from 1988 to 1998, but he's had a falling out with the organization and particularly owner James Dolan in recent years.

On February 8, he sat a few rows from Dolan at a game against the Los Angeles Clippers. Security approached Oakley early in the game, and the fracas ensued before Oakley was removed from the building and handcuffed.

The trial date was set for Aug. 4.

Oakley was banned from the arena after the incident, but Dolan lifted it shortly after meeting with Oakley and NBA commissioner Adam Silver. Oakley, known as candid, unfiltered and Michael Jordan's de facto bodyguard, said nothing was really settled in the meeting.

Dolan later suggested on ESPN New York that Oakley "has a problem with anger. He's both physically and verbally abusive. He may have a problem with alcohol. We don't know."

Oakley denied having anger or substance abuse issues, and he maintains he did nothing wrong and that he had no regrets over his behavior that night. Oakley was no longer comped tickets or invited to official team functions, though he attended a few times a year when he bought his own tickets.

"I would have done everything just the same way," Oakley said by phone. "I didn't do nothing. I was only in the arena five minutes. I didn't know you could get in that much trouble in five minutes. I'd take my chances and do the same thing again."