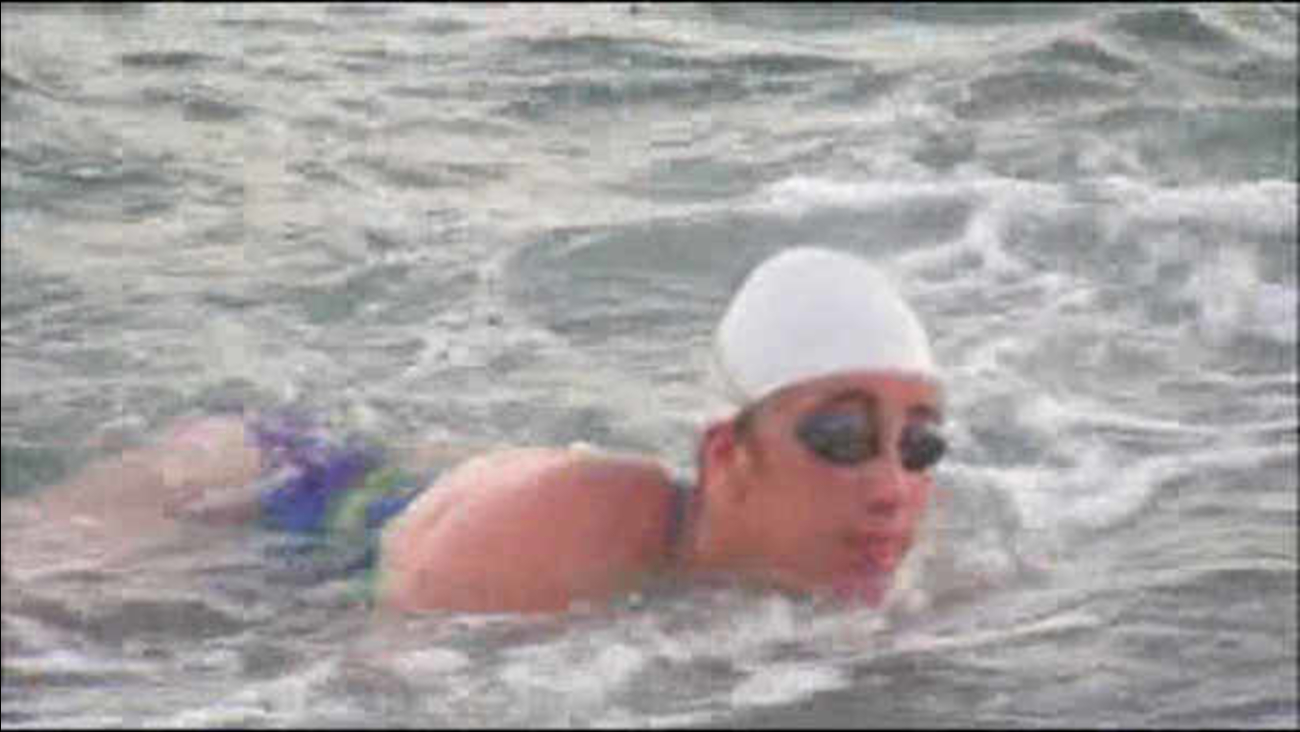 SEA BRIGHT -- Officials say a 17-year-old open water swimmer from New Jersey became the first person to swim a course of just over 20 miles through what's known as the New York Bight.

Samuels dove into the waters of Long Island's Atlantic Beach and swam to the Jersey shore town of Sea Bright in just under 10 hours. She says her official time was far less than the projected 12- to 16-hour swim she was expecting.

Samuels says she hopes to help create a marathon swim on the East Coast to rival the English Channel crossing, which she completed as part of her 2014 Triple Crown finish.

The New York Bight extends from Montauk Point to the Cape May Inlet.