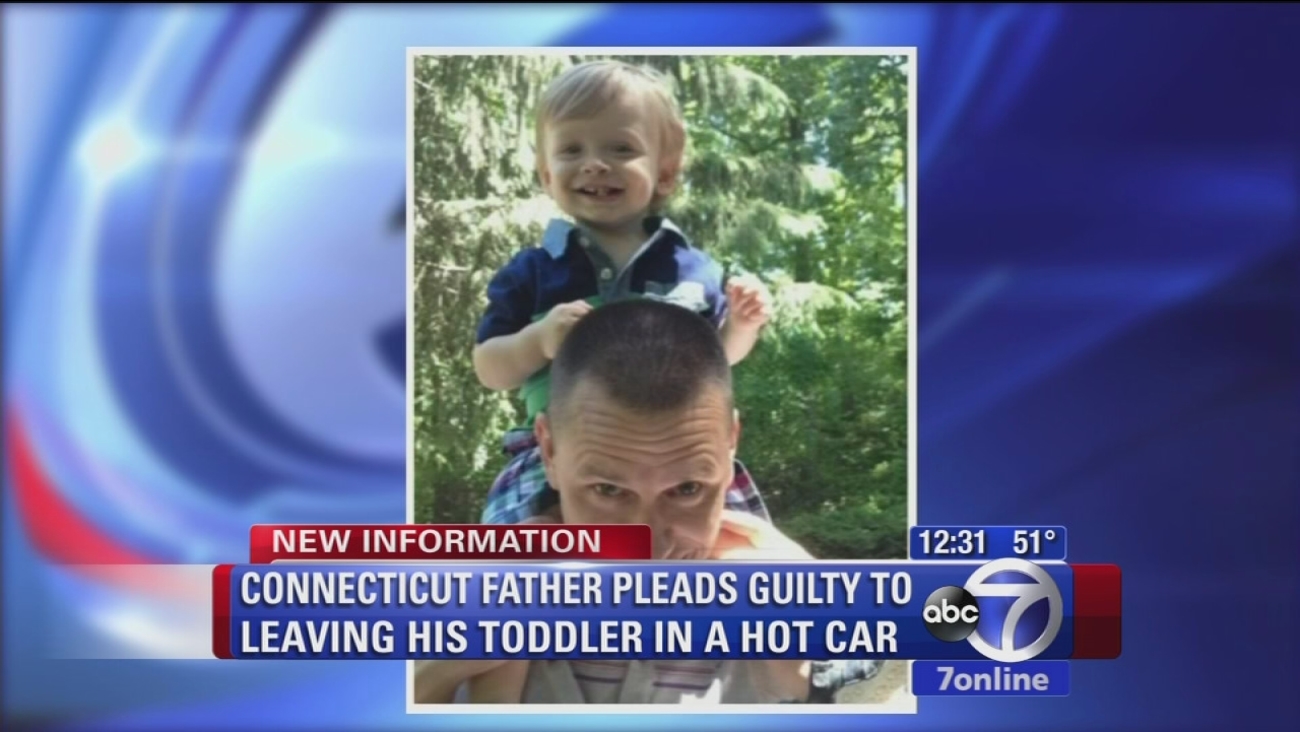 HARTFORD, Conn. -- A Connecticut father charged with causing his 15-month-old son's death by leaving the boy in the car for hours pleaded guilty Tuesday.

Kyle Seitz, of Ridgefield, was charged with criminally negligent homicide and entered a so-called Alford plea, which means he does not admit guilt but agrees the prosecution has enough evidence to convict him at trial, in exchange for a suspended sentence. A guilty finding was entered on the record.

Sentencing is scheduled for April 9.

Authorities said Seitz was supposed to take his son Benjamin to day care on July 7, but police say he instead went to work and left the boy inside the car for an "extended period of time" as temperatures climbed into the upper 80s. He took the boy to the hospital after finding him in the car.

The boy's mother, Lindsey Rogers-Seitz, told The Associated Press after her son's death that her husband is a good father and she forgives him. She has set up a website in her son's memory to raise awareness of the danger of leaving children alone in cars on warm days.

More than three dozen children die of hyperthermia in cars annually in the United States, and more than 600 children have died in hot cars since 1998. Heatstroke can happen when the temperature is as low as 57 degrees, and car interiors can reach well over 110 degrees even when the outside temperature is in the 60s.

Seitz, who has two other children, has been free on bail since pleading not guilty in November.