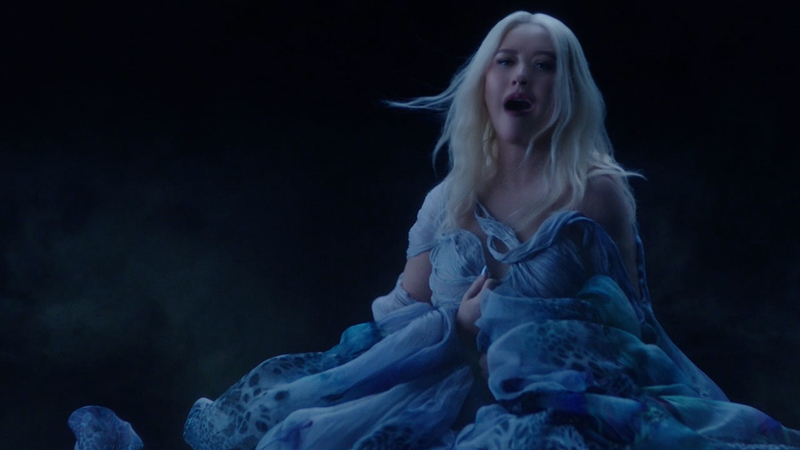 LOS ANGELES -- With just days until the release of the live-action adaptation of "Mulan," Disney on Friday dropped the music video for Christina Aguilera's updated rendition of "Reflection."

The music video features Aguilera seated in a flowing blue gown as she performs the song to -- what else -- her reflection in the water in front of her. It was directed by Niki Caro, who also directed the upcoming live-action adaptation of "Mulan."

Check out a preview of the music video in the player above or watch the full song below:

"The film 'Mulan' and the song 'Reflection' coincided with getting me my first record deal. It's amazing to come back to such an incredible movie that's full of power and meaning, and that meaning holds the test of time: staying true to yourself, being who you are, and teaching how to be fearless," Aguilera explained earlier this year.

The updated rendition of "Reflection" is one of two songs Aguilera recorded for the film. The music video of the other song, "Loyal Brave True," was released last week. Aguilera previously said that song "represents the fine balance between vulnerability and strength."

She will perform both songs on "Good Morning America" on Monday, August 31.

Disney's "Mulan" stars Yifei Liu as Mulan and also features Donnie Yen as Commander Tung, Tzi Ma as Zhou, Jason Scott Lee as Bori Khan, Yoson An as Honghui and Ron Yuan as Sergeant Qiang with Gong Li as Xianniang and Jet Li as the Emperor. The film was originally slated for a March theatrical release but was pushed back due to the coronavirus pandemic. It will be released on Disney+ with Premier Access on Friday, Sept. 4, 2020.

The film, inspired by the Chinese poem "Ballad of Mulan," follows Mulan, a young woman who puts everything on the line to protect her family and her country when the Emperor of China orders one man from every household to join the Imperial Army. She disguises herself as a man to take the place of her ailing father, setting out on a journey that will change her life forever. It comes more than two decades after Disney's 1998 animated feature of the same title, also based on the poem.

Disney's "Mulan" will be available to stream exclusively on Disney+ on Friday, Sept. 4, with Premier Access.