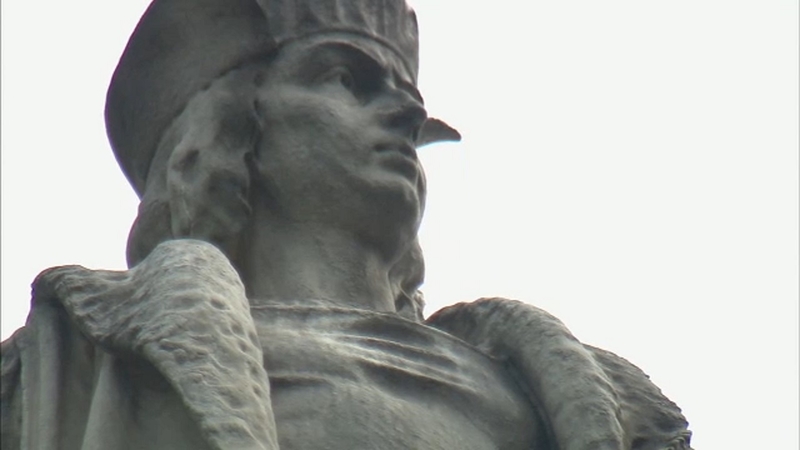 COLUMBUS CIRCLE, Manhattan (WABC) -- The Christopher Columbus statue has been in Columbus Circle since the 1800s, but now, the future is in question after Mayor Bill de Blasio hinted it could eventually be removed.

Many people have been arguing passionately on both sides of why the statue should or should not go.

A rally was outside City Hall Thursday in favor of the statue, with Republican City Councilman Ronald Castorina leading the charge.

Mayor Bill de Blasio recently commissioned a task force to look at statues and monuments around the city, and after a 90-day review, make a recommendation as to what they believe should happen.

"There are still to this day conversations happening because of the monuments, other Columbus statues, being talked about," she said. "I would want the commission to look at that statue as well."

Columbus is revered by many, but others argue he should not be honored because he brutalized and killed many native Americans. Because of that, they argue his legacy is tarnished.

"I think that what went on in Latin America and the Caribbean now is well documented that it was horrendous," Rep. Adriano Espaillat said. "I certainly look at him different than when I was studying history back in grammar school, no question about it."