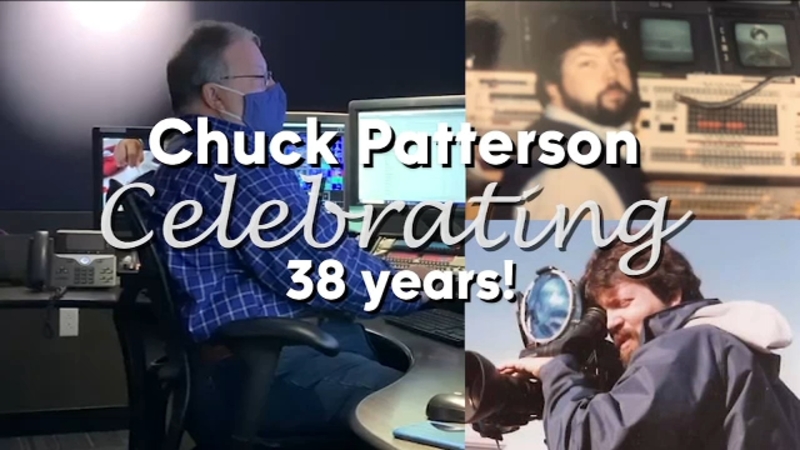 Our Newscast Director, Chuck Patterson is retiring after working off-camera, behind the scenes for 38 years.

Chuck started as a photographer at Eyewitness News in 1982.

On his first day, he was shown around by a young woman named Andrea, the Assistant to the Director of Engineering.

She would later become Chuck's wife.

During his career, Patterson also worked in master control at network and then came back to Eyewitness News as a Technical Director.

He has a master's degree in finance and has won a whopping four Emmy awards.