Citi Bike expanding into the Bronx, will double geographic reach by 2023 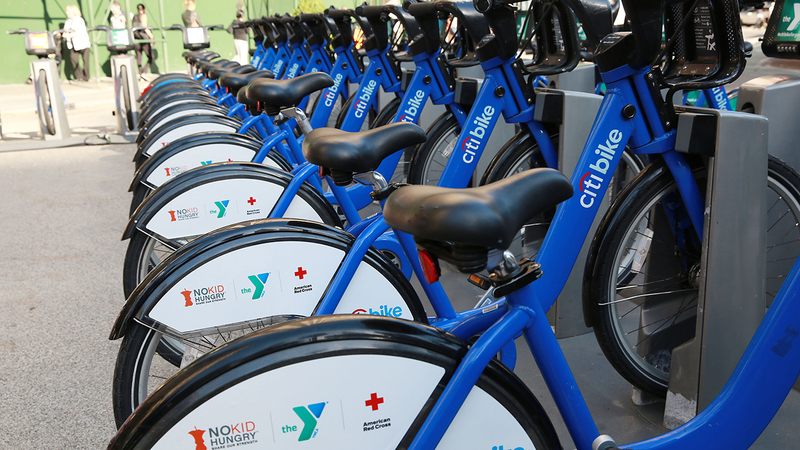 Citi Bike expanding into the Bronx, will double reach by 2023

BRONX (WABC) -- Citi Bike is expanding its bike share service into a new borough, and for the first time, the program will open bike stations in the Bronx.

It's part of Citi Bike's plan to double its geographic reach by 2023.

The service will also be coming to Upper Manhattan and expanding further into Brooklyn and Queens, bringing the total size of the fleet to 40,000 bikes

The de Blasio Administration joined Lyft Tuesday to announce the boundaries of the planned expansion of Citi Bike over the next five years.

Last November, the city and Lyft announced an agreement in which Lyft would invest $100 million to grow and strengthen the system, doubling the size of its service area and tripling the number of bikes over the next five years.

Citi Bike also announced a $300,000 expansion grant program, sponsored by Healthfirst, as well as a new handcycle pilot for the disability community.

"This expansion will help us build a more fair and equitable city for all New Yorkers," Mayor Bill de Blasio said. "Even more communities will have access to this low-cost, sustainable mode of transportation. With double the territory and triple the number of bikes over the next few years, Citi Bike will become an even better option for travel around New York City."

Citi Bike has begun the expansion with 25 new stations along the L-train corridor in East Williamsburg and Bushwick. In the months ahead, it will add more stations in those neighborhoods and within Ridgewood, Queens.

Next, Citi Bike will expand into the South Bronx and Upper Manhattan, beginning community board consultation this fall -- with stations installed in 2020. The planned expansion through 2023 will include the following neighborhoods: