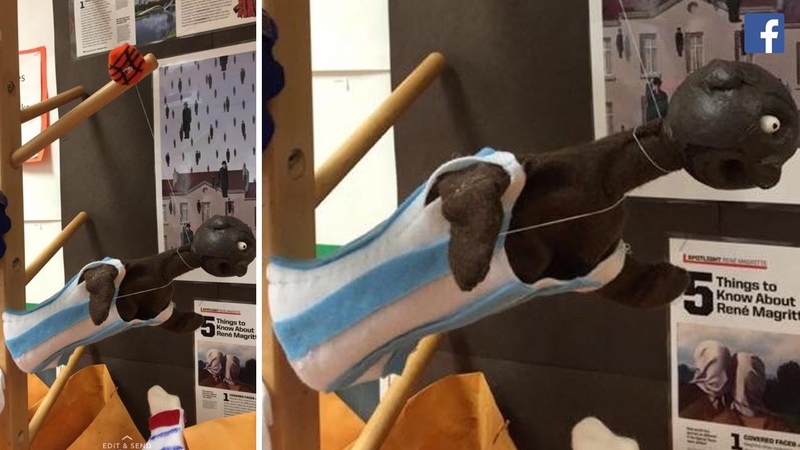 CLARK, New Jersey (WABC) -- Officials are investigating after a black puppet was found hanging by its neck in a room where a northern New Jersey high school girls basketball team was changing before a game.

Players from Plainfield High School discovered the puppet hanging by a string in the art room they were provided at Arthur L. Johnson High School before they squared off against the Clark school on Saturday.

The photo was taken by the coaches from Plainfield, and student said the issue was discussed in school Monday. The sight of the black puppet made may of them uncomfortable.

The picture created a firestorm when it was posted on social media, with many believing it was placed on a rack with a noose around its neck.

Clark Superintendent Edward Grande says puppetry is taught in the classroom the team was using, but that he is looking into the matter.

"The Clark Board Education and the Clark community does not condone any demonstrations of intolerance," he said in a statement.

Clark Public Schools officials have promised to look into the incident. Belin-Pyles says Plainfield officials will help investigate the facts and present their own findings.