The Toms River, New Jersey boy made his impromptu debut Wednesday night when AEW stopped by The Liacouras Center in North Philadelphia. It also so happened to be his birthday.

After the AEW cameras stopped rolling on its weekly "Dynamite" broadcast, Nate's father Derek was still recording when the special, unexpected moment unfolded.

Derek got his son tickets to the show for his birthday. And Nate came dressed as his favorite wrestler - Orange Cassidy.

Nate's cosplay became a hit with AEW fans two weeks prior when the father and son were in attendance for "Dynamite's" premiere episode in Washington, D.C.

Cassidy himself took notice and gave young Nate his respect.

"He chose Orange Cassidy because... he's Orange Cassidy! Ha. OC was a relative unknown a few months ago. He's from New Jersey and got a huge break going to AEW. My son loves the character he portrays," Derek explained to 6abc.com from sister station WPVI. "My son couldn't believe that Orange Cassidy went out of his way to acknowledge him."

So Nate, again dressed as the younger version of Orange Cassidy, showed up to Temple University's campus ready to see the stars of the newest wrestling league in action.

With ringside seats, Nate had the best view possible to see all the matches including Chris Jericho defend his AEW Championship against Darby Allin. And Nate got plenty of screentime too!

AEW ended up giving the boy his own wrestling gimmick - Clementine Cassidy!

"He absolutely loves the nickname. I showed him some Twitter replies and his face absolutely lit up. There are so many great wrestling fans on Twitter. He loves seeing that they liked his costume," Derek said.

At the end of the night, the ring was filled with some of the top AEW stars including Cody, Brandi Rhodes, Dustin Rhodes, The Young Bucks, and Maxwell Jacob Friedman (MJF).

"I have no idea what prompted Cody to bring him into the ring. I was asked many times if it was planned, who we know, how'd we make that happen, etc. It was 100% unscripted. We had no idea that would happen. Wrestling is built on improv in a lot of ways and that's what that was," Derek said.

The Philadelphia crowd cheered the birthday boy and greeted him with chants of Orange Cassidy's "freshly squeezed" nickname.

Cody then called for a referee to come to the ring.

Then, after saying this next move might change AEW's upcoming "Full Gear" pay per view main event in Maryland between himself and Jericho, Cody dropped to the mat.

For a moment, Nate didn't move. Despite MJF's heelish 'brat' comments, he was encouraged by Dustin to cover the prone Cody.

Cody then took off his 'American Nightmare' belt and handed it to Nate - because, after all, the boy did win the match and earned a championship (of some sort).

Nate was then helped back to his seat, just as Cody made an announcement.

"My son was stunned at the 'announcement' regarding 'Full Gear' and 'his match' against Jericho. I had to break the news that it was a joke. I don't think he actually thought he was fighting Jericho. He would be there in a heartbeat, however. He has, in the past, asked if he could go to wrestling school. I can't say I'd stop him," Derek said.

In the hours leading up to "AEW Dynamite" in Philly, Cody and Brandi Rhodes spoke to 6abc. They mentioned how they value fan input.

Cody called the AEW fans part of the family. Derek said he sees how much they care about their fans.

"I can't say enough about those guys. I've met Cody a few times, the Young Bucks a few times. This following they have is a testament to their character and their vision. They spend so much time with their fans and have built an amazing following. My son and I have followed them for a little while now and seeing what AEW has become is just surreal," Derek said.

Derek said Nate kept the belt by his side while he slept. He said his son still can't believe this happened.

When he sent the video to the rest of the family, they also were in disbelief.

After making his successful professional wrestling debut, Nate told his dad he'd "never forget this for the rest of my life."

"I don't think those guys know just how truly special that was for him. As big a fan he is, he was absolutely beside himself. As a parent, I cannot thank them enough and I cannot tell them how much that meant to him," Derek said.

Vince McMahon steps aside as WWE chairman amid investigation 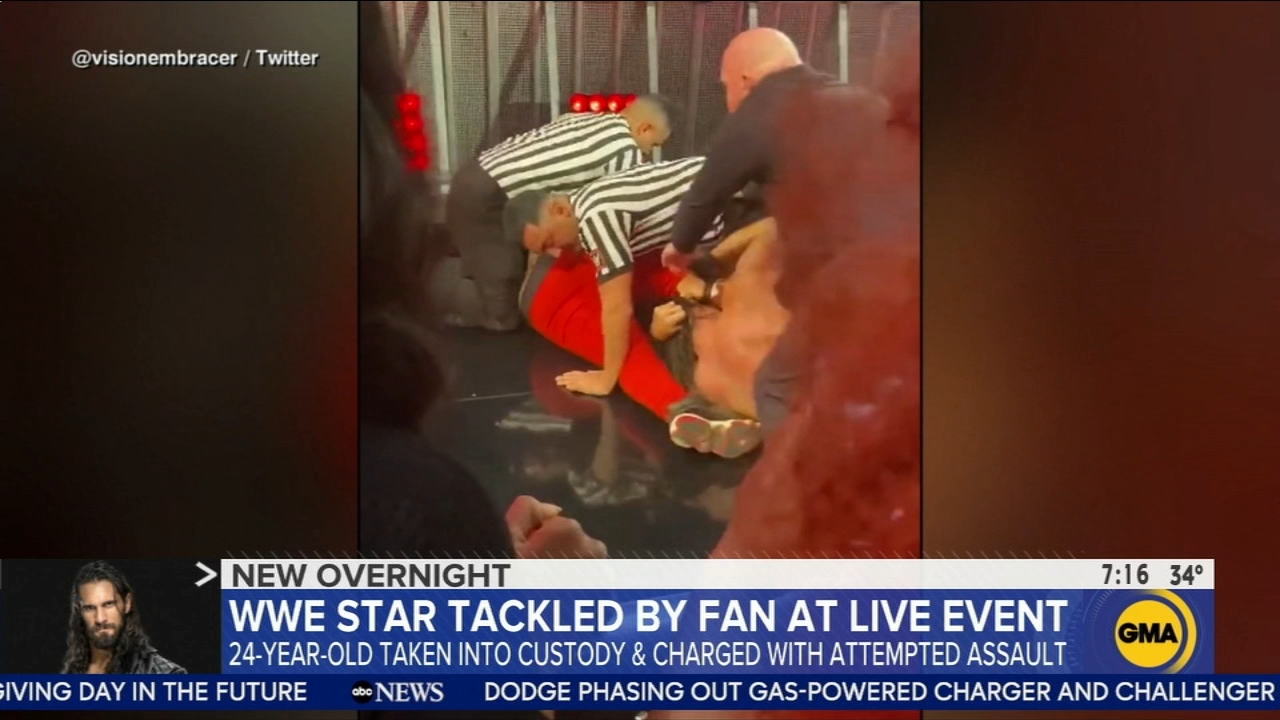 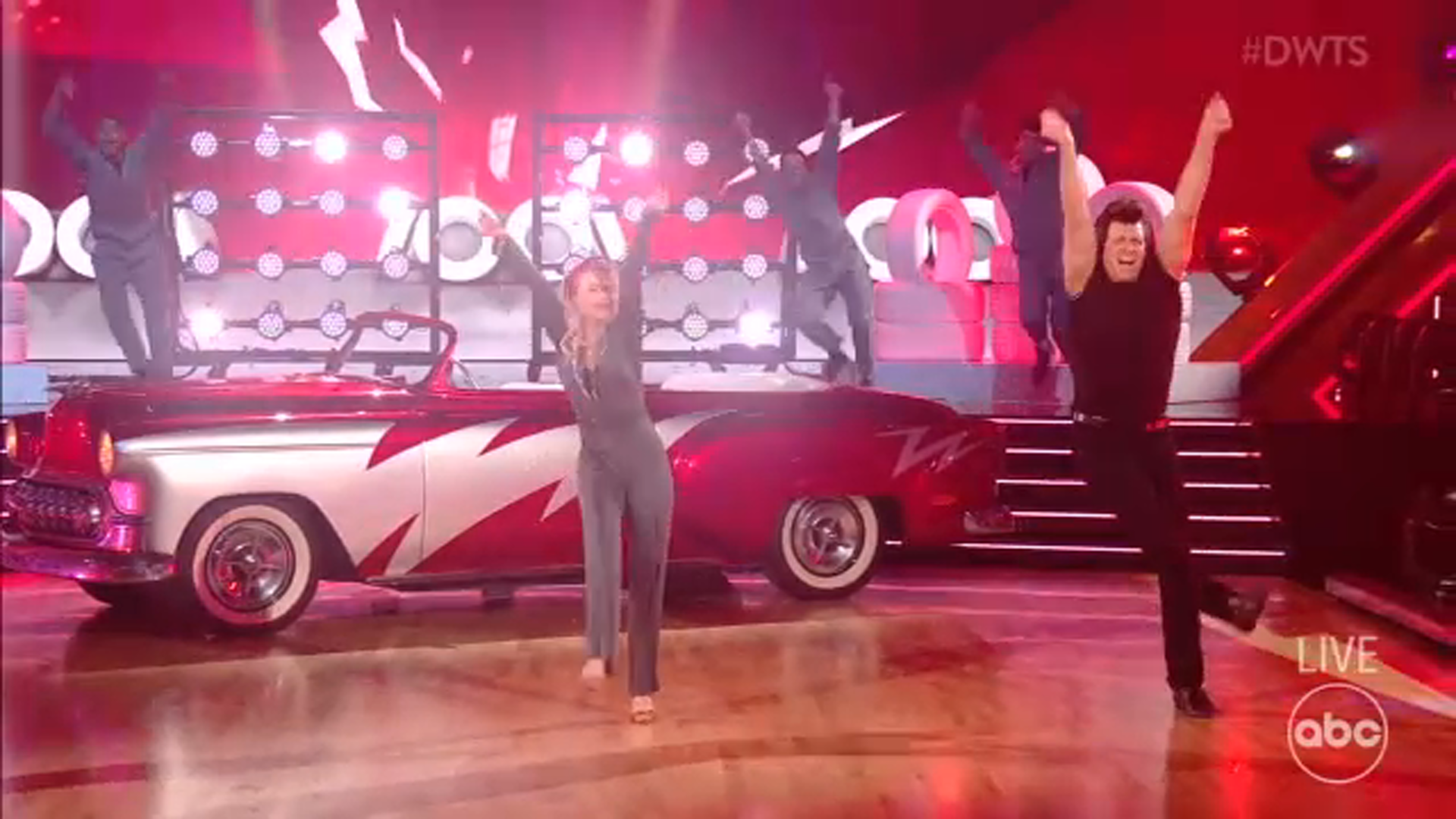