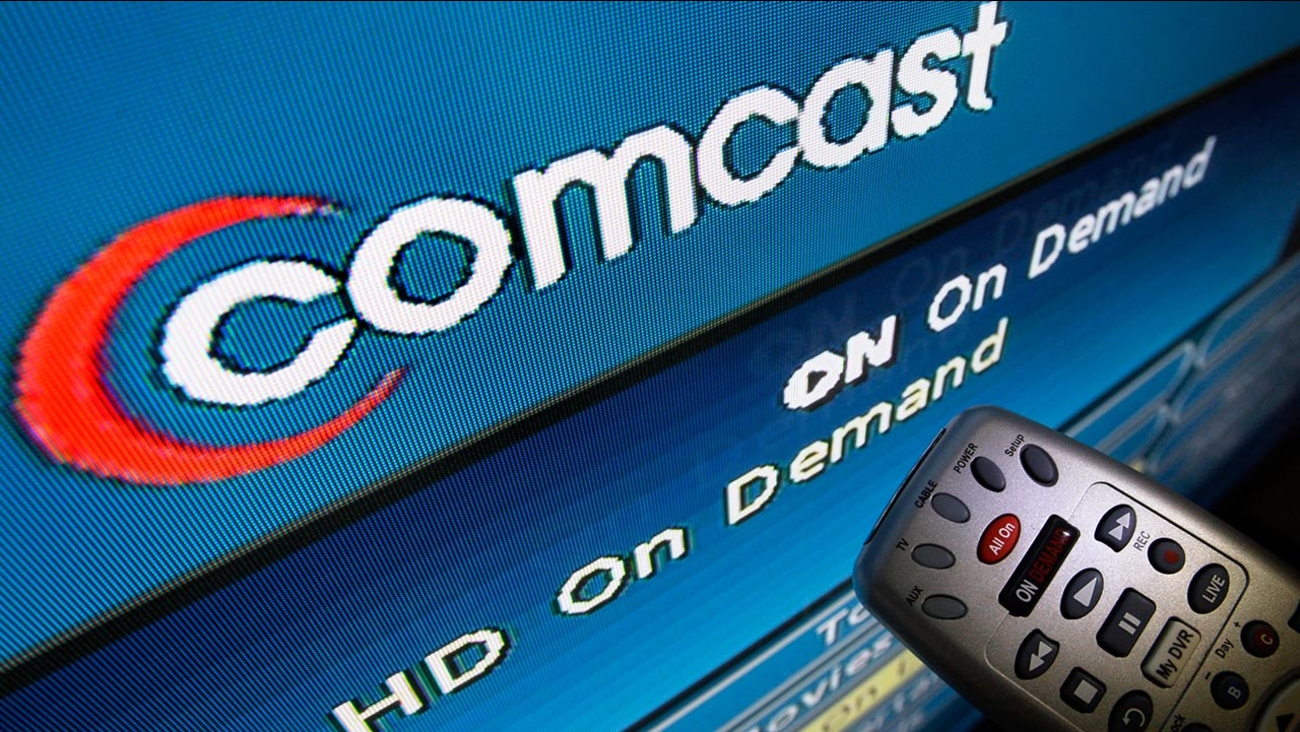 In this Aug. 6, 2009 file photo, the Comcast logo is displayed on a TV set. (AP Photo/Elise Amendola, File)

NEW YORK -- If the customer is always right, these companies may have serious reason for concern. Analytics firm 24/7 Wall St. compiled a list of 12 companies with the worst reputations in the US on Wednesday. The organization's findings analyzed data from Glassdoor employee reviews, responses from the American Customer Satisfaction Index and its own annual customer satisfaction survey.

Check out the most hated US companies below:

Government regulators have fined Comcast $2.3 million, saying the cable giant has charged customers for products they never ordered, like premium channels or extra cable boxes. The agency said there were "many" complaints about "hours-long and repeated phone calls" to try to fix the problem and claims of "unhelpful or abusive behavior" from customer-service representatives, including calls getting disconnected.


A Florida couple won a $1 million lawsuit against Bank of America after receiving more than 700 collections calls over the course of four years.
After filing a complaint in Federal court, a judge ordered Bank of America to pay the family $1 million for the harassment or $1,500 per call.


The company has been embroiled in a scandal over the cost of its life-saving EpiPen product. It raised the price of a two-pack to $608. By comparison, two EpiPens in 2007 cost $94.


Doctors, parents and community members called on Texas Children's and Ben Hospitals to boot McDonald's from its premises due to health concerns. Health professionals cited health concerns during the meeting, especially with one out three children born after the year 2000 expected to develop diabetes.


In recent years, the company has drawn significant criticism over its privacy policies and the mass data collection of its users. According the company's statements, Facebook collects data on nearly anything it can, including who its users communicate with, users' financial transactions, and the types of devices users are connecting with.
Recently, the company faced sharp criticism for not doing enough to curb the spread of fake news leading up to the U.S. presidential election. Since then, in an apparent attempt to mend public relations, the company announced a series of new policies aimed at identifying and flagging fake news stories on its site.


The company famously offers cut rate airfare and little in the way of comfort or customer service. However, other companies are now cutting cost without similarly low airfare without the stigma of poor customer service and irksome fees that former CEO Ben Baldanza championed. Currently, Spirit has the lowest customer satisfaction rating of any airline reviewed by ACSI.


Bad customer service is common in the subscription television service industry. Internet service is the only industry with a worse overall customer service rating, according to the ACSI.
Few companies are disliked by their own employees as much as DISH. The satellite television service provider has one of the lowest employee satisfaction ratings of any major company reviewed on Glassdoor, and only 38% of DISH employees would recommend a job at the company to a friend.


Sears is one of the four national retailers, accusing them of duping shoppers into believing they got bigger discounts than they actually did.
Sears department stores are disliked by both customers and employees. Sears has nearly the lowest customer satisfaction rating of any department store reviewed in the ACSI. Additionally, Sears employees give the company far lower than average marks on workplace review site Glassdoor, and fewer than one in three Sears employees would recommend a job with the company to a friend. Multiple reviews cite low wages and unprofessional upper management as major drawbacks of working at the company.


Despite stealing Paul Marcarelli, best known for his tagline "Can you hear me now?" from Verizon, Sprint customers report the lowest customer satisfaction of any company in the wireless telephone service industry. In addition, Sprint's service lags behind that of some of its primary competitors. According to a study conducted by mobile performance measurement company Rootmetrics, both Verizon and AT&T reported better overall performance across a range of measures including, speed, reliability, calling and texting, than Sprint in the first half of 2016.


In addition to hurting mom-and-pop operations, Walmart is also disappointing its customers. According to a recent Zogby survey, roughly 40% of Walmart customers polled reported a negative customer service experience.


Charter, owned by Time Warner Cable, has one of the poorest reputations for customer service of any company in the subscription television service industry. It also scores below average in customer service compared to its competitors in the fixed line telephone industry and internet service industry. Now the second largest cable company in the country, Charter, in a rebranding effort, will continue to serve customers under the name Spectrum. Whether or not the Spectrum brand will continue to provide the poor customer service associated with Charter and Time Warner remains to be seen.