Comedian Tracy Morgan is 'Picking Up The Pieces' onstage at Caroline's 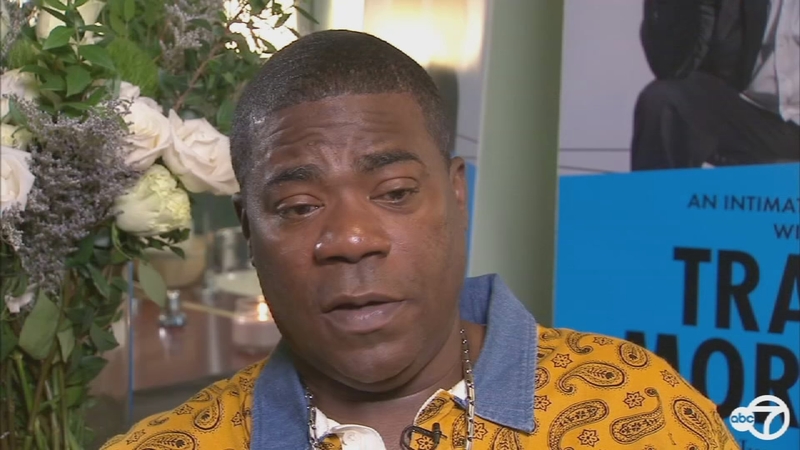 NEW YORK (WABC) -- When comedian Tracy Morgan was injured in a horrific crash two years ago, some wondered whether he'd ever perform again. But the actor and funnyman has returned to his stand-up roots, launching a new one man show.

Billed as "An Intimate Evening with Tracy Morgan," the former Saturday Night Live star made an emotional return to the stage this week in New York.

Nothing was off limits, and in fact, he drew much of his new material from his near-death experience.

Morgan is doing the show at Caroline's on Broadway, where he began his career two decades ago. But the sound of the laughter today is all the more sweet given what happened in June of 2014.

"It was my Vietnam" @RealTracyMorgan talking his 2 year recovery from the crash that almost killed him @ABC7NY 11p pic.twitter.com/ZiMvvKHGWi

"It's hard to talk about it," Morgan said. "It's gonna never go away. That's my Vietnam. You just live with it."

Some of the scars he bears are more obvious than others, but Morgan said he has more good days than bad.

The star has come with a title for his new show: Picking Up The Pieces.

He was referring to his friend and mentor Jimmy Mack, who was killed in the crash while returning from a show.

Since the accident, Morgan has married girlfriend Megan Wollover and found a new and deeper love.

Today, his daughter is almost 3, and Morgan is back on his feet again.

"I went to the other side and came back," he said. "I don't think there's no other stand-up out there who could talk about that."

And talk about it he does, telling plenty of jokes about the accident and the aftermath.