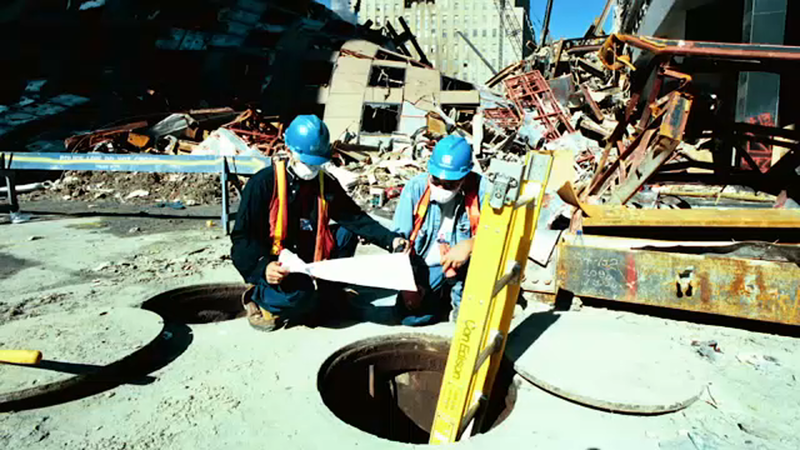 How Con Ed turned the lights back on after 9/11

"There was debris everywhere, collapsed on top of the substation," he said. "It was a remarkable effort, so minutes after the attack our first responders were here, and then we had hundreds of personnel here in the hours and days after the attack, isolating the site, shutting off the gas supply that went into the Trade Center complex, shutting off the steam supply so they could make it safe for those first responders that were going in and looking for survivors. After that, we started to formulate the plan. How do we bring power back?"

Pictures provided by Con Ed show the herculean efforts. Hundreds of miles of cables were dug up and laid out right on the street, basically giant jumper cables while workers increased capacity at another substation on the West Side.

"Our goal was to get power back on so that trading could resume at the Stock Exchange on the Monday morning after the attack," Ketschke said.

The markets did open that Monday the 17th, six days after the towers fell.

On day seven of the recovery, Ketschke told Eyewitness News 98% of Lower Manhattan was back online.

And by 2004, the facility in the rebuilt 7 World Trade would go online, fortified, and hidden in plain sight.

"We're in called the switchgear room. This is basically a room filled with giant circuit breakers, similar to what's in your house, except these are a lot more powerful," Eyewitness News Reporter Derick Waller described.

"If a cable short circuits underground in Manhattan someplace, the breaker will see that short circuit and will open up," Ketschke said.

Underneath, high voltage transformers energize these massive insulators with 138,000 volts of power.

It's converted and fed to thousands of homes and offices in the nation's largest downtown.

20 years later, a larger, more secure substation, has been built out of an emergency no one will ever forget.