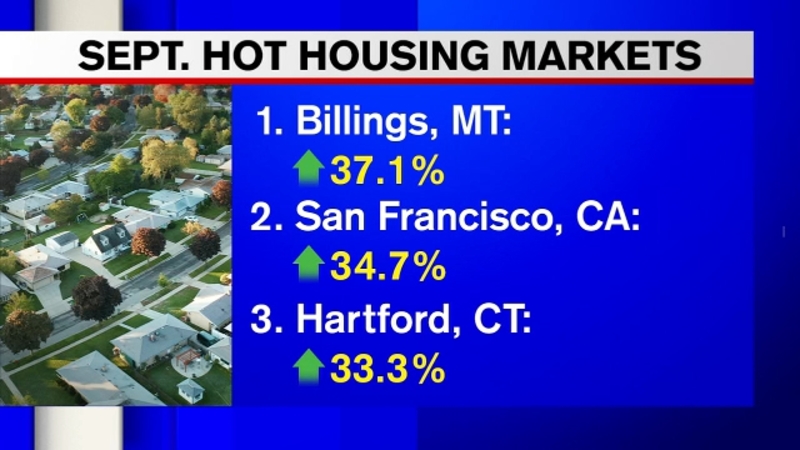 CONNECTICUT -- The economic toll inflicted on Connecticut by the coronavirus pandemic has been blunted somewhat what appears to be an influx of newcomers who are boosting both the real estate market and the state budget.

Joanne Breen, the 2020 president of the Connecticut Association of Realtors, said Friday that it has been the busiest year for agents in at least 12 years. Some of that brisk business is due to people who planned to buy homes anyway, she said. But she also said she believes concerns about COVID-19 have made Connecticut a more attractive place for out-of-staters, including New York residents, to move their families.

Connecticut is considered more affordable to people living in New York City and Boston, Breen said. At the same time, she said, people who already live in the state are reevaluating whether the home they have now makes sense.

A survey released this week by real estate giant Re/Max identified the Hartford metro area, which includes Hartford, Tolland and Middlesex counties, as having the third-largest year-to-year percentage increase in sales among 53 metro areas across the U.S. when compared with September 2019.

Democratic Gov. Ned Lamont on Friday noted both the real estate and construction industries were allowed to remain open during the pandemic in Connecticut as essential businesses. He said new residential construction in the state is up 18% from 2019.

Lamont has partly credited new residents, especially high earners, with helping to scale back the state's projected budget deficit of more than $2 billion by about 40%, to about $1.2 billion. The latest projections show a large amount of that decrease comes from better-than-expected tax revenues of more than $450 million.

"We have more people paying taxes. We've had tens of thousands of people move into the state of Connecticut. We're one of the magnet states," Lamont told reporters during a briefing Thursday. He noted how many wealthy newcomers are paying more in capital gains taxes, given the spikes in the stock market.

At the same time, Connecticut's budget has also benefited from an extension by the federal government of enhanced reimbursement for Medicaid expenses.

Meanwhile, Lamont announced Friday the state is allocating $15 million from the state's share of federal coronavirus relief funds to provide job training and support services, such as child care and transportation, to more than 1,000 workers who've been displaced during the pandemic.

Also, an additional $1 million in federal funds will be use to provide supplemental aid to foster parents caring for more than 3,600 children in state care during the pandemic.

Jim Dolan begins our story at the end of last year, as hundreds of thousands pack into Times Square to ring in 2020. Unbeknownst to us, a health crisis that would make such a mass gathering illegal and deadly, transform daily life, kill tens of thousands of our neighbors and cripple the economy was already forming in China.