Unvaccinated are 97% more likely to die from COVID than those boosted, CDC says
WLS
By ABC7 Chicago Digital Team 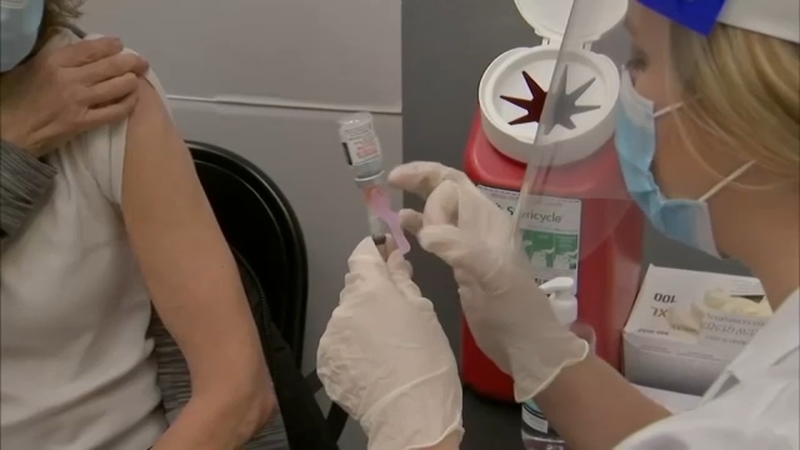 The Centers for Disease Control and Prevention is issuing new advice for people who are immunocompromised.

The health organization said people who've had the MRNA vaccines should look to get a fourth shot at least three months after the previous booster.

The CDC had previously been recommending a wait of at least five months.

RELATED: Could there be a universal vaccine for any type of coronavirus, not just COVID-19?

The new guidance applies to people 18 and older who've had the Moderna vaccine, as well as those ages 12 and older for the Pfizer-BioNTech version.

Government health officials are making the revision amid reports some pharmacies were turning away immunocompromised people looking for a fourth vaccine dose.

A CDC official said there's been "recent confusion about the recommendations" for people in this group. It was in October when the agency released guidance those Americans get a fourth vaccine dose.

There's also revised guidance for immunocompromised people who've had the Johnson & Johnson vaccine. It is a recommendation to get an MRNA dose at least 28 days after the first shot, followed by a third dose at least two months later.

Why Vaccinated People Aren't Getting Boosted

Roughly half of those eligible to receive a booster shot of the COVID vaccine have not gotten one, according to data from the CDC.

Dr. Fauci says he has no idea why many vaccinated people have yet to get the booster shot.

"Why would people who had enough understanding of the risk to go ahead and get a primary series - why we don't have more getting the booster? I don't have an easy explanation for that. That's one of the reasons why we keep trying to put the data out," Fauci said.

CDC Director Dr. Rachel Walensky said at the briefing that 54% of people hospitalized for COVID over the age of 65 are unvaccinated.

That's despite data showing just 12% of Americans in that age group are unvaccinated.

Unvaccinated people are 97% more likely to die of COVID than those who are fully vaccinated and boosted, according to new CDC information.

The findings are based on information collected in early December.