Ohio man, 91, recovering after accidentally being vaccinated twice in one day 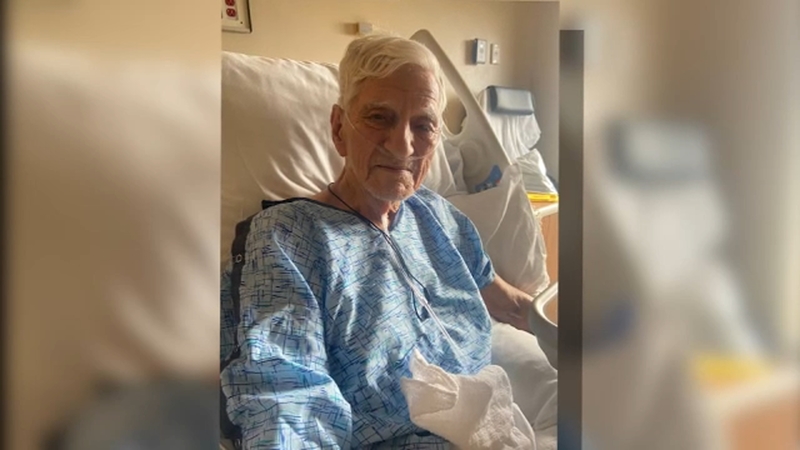 HAMILTON, Ohio -- Receiving two doses of the COVID-19 vaccines is not unheard of, but doctors say you should wait weeks between each shot.

That didn't happen with an Ohio man who is now recovering after he received back-to-back vaccine doses.

RELATED: How do we know the COVID-19 vaccines are safe?

Today, 91-year-old Victor Smith is recovering after his body went into shock in response to what seems like a vaccine overdose.

"They pretty much told me he was not going to make it," said Smith's daughter, Dawn Smith Theodore.

Theodore said it all started after her father got his first dose of the vaccine January 22.

He was extremely tired afterward and fell.

RELATED: Nurse who got COVID-19 after vaccination urges others to still get the vaccine

Smith, who is an amputee, went to Fort Hamilton Hospital before being transferred to Jamestown Rehab Facility days later.

While at the rehab facility, Smith was scheduled to get his second shot February 25 at the Butler County Fairgrounds.

"They transported him to get his shot. And when he came back, I spoke to him," Theodore said. "He was good. And then at 3:45, I guess a city firefighter came in and said they have a shot for Victor, and the nurse said 'Victor Smith?' and he said 'Yes' so they gave him the room number and sent him to room 202 which is where my dad was."

RELATED: You received a second dose of the COVID-19 vaccine. Now what?

But they had the wrong Victor, according to Theodore.

"My dad said 'I got two vaccines,'" she recalled.