Is the mu variant worse than delta? What to know about COVID-19 mutations

Right now, there are only a handful of concerning COVID-19 variants: alpha, beta, gamma and delta.

Dr. Richard Besser, a pediatrician and president and CEO of the Robert Wood Johnson Foundation, on the Delta COVID-19 variant and COVID-19 vaccine testing for kids 5-11.

The Centers for Disease Control and Prevention listed the COVID-19 delta variant as one of its "variants of concern" (VOCs) on June 15. According to the CDC, VOCs can be more contagious, more dangerous, less susceptible to available treatments or harder to detect.

The uncontrolled spread of SARS-CoV-2, the virus that causes COVID-19, means the virus is mutating quickly. That's why many new variants are being discovered in places with the highest infection rates and large numbers of unvaccinated individuals, like the United States, the United Kingdom, India and Brazil.

The World Health Organization (WHO) and the CDC are monitoring slightly different variants depending on whether the variant is a threat globally, or just in the United States. Just recently, for example, the WHO named a new variant called "mu" because it is spreading in some countries, but the CDC has not designated this variant because it is not considered a threat in the U.S.

"We're not just dealing with one virus, we're dealing with a lot of viruses. Because there's been uncontrolled replication around the world for the last year and a half, we've created variants beyond variants," said Dr. Todd Ellerin, ABC News medical contributor and Director of Infectious Diseases at South Shore Health.

Thousands of variants exist around the world, but most of them do not change the way the virus acts. Experts are constantly working to figure out which variants we should focus on and how they change how we combat COVID-19.

Right now, there are only a handful of concerning COVID-19 variants. The current VOCs all have mutations in the virus's spike protein, which acts as a key to break into cells to infect them. And that's a potential concern because the spike protein from the original version of the virus is what scientists used to design all three authorized vaccines. It's also what monoclonal antibody treatments latch on to so the virus can't get into your cells, effectively "neutralizing" the threat. So far none of these mutations have changed the virus enough to undercut the vaccines.

The alpha variant was first identified in the U.K. and thought to have emerged in September 2020. It spread in Europe before arriving in the U.S. in December 2020 and was the dominant viral strain in America until early June this year.

The beta variant was first identified in South Africa in October 2020 before arriving in the U.S. in January 2021. Like the alpha variant, it is about 50% more transmissible than the original strain. It is also better at evading neutralizing antibodies, meaning our defense systems-- natural immunity after infection, vaccines, and monoclonal antibodies-- have a hard time stopping the virus from breaking into cells. This makes the beta variant more difficult to treat and more likely to cause reinfection or breakthrough infection compared to the original strain. Early studies from South Africa and countries in the European Union report that it might potentially lead to more hospitalizations and death in people under 60.

While beta made up a minority of infections in early 2021, currently, there are now few, if any, documented cases of the beta variant in the U.S.

The gamma variant was identified in Japan in four travelers arriving from Brazil in November 2020, and was found in the U.S. in January 2021. Despite the current spread in Brazil, it only accounts for 1% of infections in the U.S.

Like the beta variant, mutations in the gamma variant's spike protein make it better at escaping neutralizing antibodies, so people who previously had COVID-19 or are vaccinated may still experience reinfection or breakthrough infection. Studies from the E.U. suggest the gamma variant may cause more hospitalizations and deaths compared to the original strain.

The delta variant was identified in India in October 2020. It gained dominance quickly after it was first reported in the U.S. in March 2021. In fact, delta has now spread so much that it has splintered into several sub variants, referred to as "delta plus." Delta plus variants have a mutation in the spike protein found in both the beta and gamma variants that may help to evade neutralizing antibodies. While around 13% of infections in the U.S. are from delta plus variants (AY.1, AY.2, and AY.3), it behaves similarly to the delta variant. Collectively, all the delta lineages make up 80-95% of sequenced infections in the country.

Like other VOCs, delta has multiple mutations in its spike protein. What makes delta unique is that it is much more efficient at latching onto your cells and is much more contagious.

"The delta variant is clearly the most contagious variant we've dealt with," Ellerin said. "You ultimately have survival of the fittest ... the more 'fit' viruses, those with a replication advantage, ultimately win out. Currently, that's what we're facing with delta."

According to the CDC, delta is about twice as infectious as the original strain and estimated to be 60% more infectious than alpha. People infected with the delta variant have been reported to have viral loads 1,000 times higher than other variants. This contributed to the CDC changing its guidance on masks for vaccinated people.

"Masks decrease the likelihood of acquiring COVID-19 and act as source control," Ellerin said. "Which means if you have it, you are less likely to spread it."

Studies are still looking at how well vaccines and monoclonal antibodies can neutralize the threat of delta.

"The vaccines are really very effective," Wildes said. "For those who are on the fence, I think this has really helped me and a lot of people around me to remind them that if you get COVID and you've been vaccinated, you're clearly not as sick as the people I'm seeing in the ICU each day that have not been vaccinated."

Experts at the WHO and CDC are keeping an eye on more variants that they call "variants of interest" (VOIs). Like VOCs, VOIs may be more contagious, able to evade the immune system, more resistant to available treatments, or harder to detect. There is less research on their impact on infections and hospitalizations compared to VOCs. Additionally, they can cause outbreaks in multiple countries, but are not as widespread as VOCs. VOIs are "of interest" to certain countries based on infection rates, which is why some VOIs are listed on the CDC's website but not the WHO's, and vice versa.

On Aug. 30, the WHO added the mu variant to its list of VOIs, which includes the eta, iota, kappa, and lambda variants. The other VOIs according to the WHO or the CDC are the eta, iota, kappa, lambda, and unnamed (B.1.617.3) variants. None of these VOIs currently account for a substantial proportion of COVID-19 infections in the U.S.

Early research from Italy shows mu is susceptible to antibodies produced by the Pfizer-BioNTech vaccine, but they don't work as well as they do against the original strain or alpha variant. Early research from the U.K. found specific mutations may help mu escape the immune system.

The eta variant was first identified in the U.K. and Nigeria in December 2020 and the WHO designated it as a VOI in March 2021. There have not been any new reports from the U.S. since July. According to the CDC, it has mutations in the spike protein that may make antibody therapies less effective.

The iota variant was first identified in New York in November 2020. The WHO designated it as a VOI in March 2021. It has accounted for 3% of all COVID-19 infections since the pandemic began, but fewer than 10 cases have been reported in the last week. Research shows it is less susceptible to one type of monoclonal antibody treatment, vaccines, and antibodies made after COVID-19 infection, but the effect of this is uncertain.

The kappa variant was first reported in India in October 2020 around the same time as the delta variant. The WHO designated it as a VOI in April 2021. The last reported case in the U.S. was in June. Like the eta variant, kappa has mutations in the spike protein that may make antibody therapies less effective.

The U.S. lists this B.1.617.3 variant as a VOI, but the WHO does not. It was first identified in India in October 2020 and has the same parent lineage as the delta variant. The last case was reported in the U.S. in April 2020, and globally, it now makes up < 0.5% of all COVID-19 infections. It may have antibody-evading properties like eta and kappa.

Lauren R. Richter, MD, a pediatrician and pediatric endocrinologist, is a postdoctoral research fellow in biomedical informatics at Columbia University and a contributor to the ABC News Medical Unit. 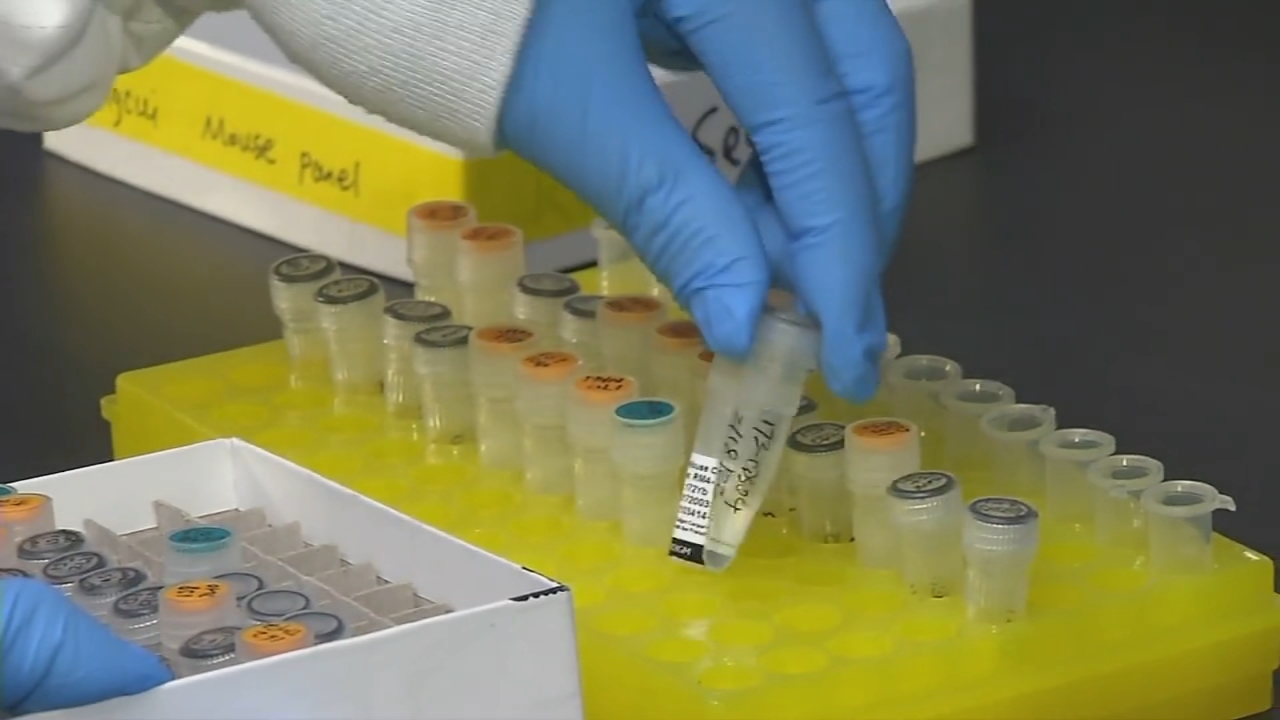 Scientists explain what to expect with COVID variants XBB, BQ.1